One of the downsides of the age of the internet and instant communication is that it can be hard for serious fans to be surprised to learn something about their favorite team. But those moments still happen, and one such came in the form of a Bob Labriola “Asked and Answered” column when he listed Greg Ducre as one of the Steelers restricted free agents.

Certainly, I’ve got plenty of company. But Greg Ducre’s still a member of the Pittsburgh Steelers and he’s set to become a restricted free agent, so let’s take a deeper look. 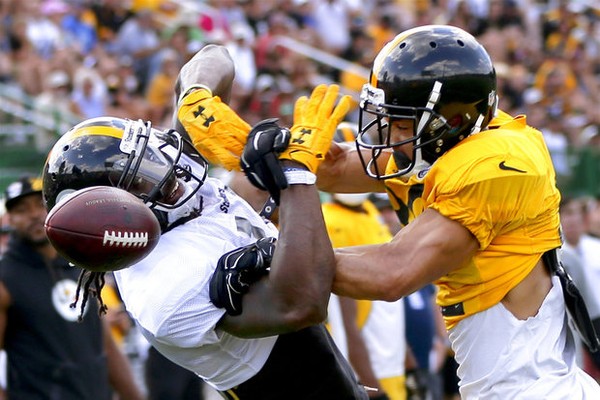 The Pittsburgh Steelers signed cornerback Greg Ducre to a futures contract on January 30th 2017, and they placed him on the waived-injured list on August 23rd 2017.

So I guess that sort of makes him the Steelers Nation’s equivalent of an Archibald “Moon Light” Graham, doesn’t it? (Google the name plus Field of Dreams if you don’t know what I’m talking about.)

The Case for the Steelers Tendering Greg Ducre’s

Not even in Bizzaroworld could you make this case.

The Case Against the Steelers Tendering Greg Ducre

Curtain’s Call on the Steelers and Greg Ducre

Whether it’s been drafting Shaquille Richardson in 2014, picking up DeMarcus Van Dyke and Antwon Blake off the waiver wire, or signing free agents like Brice McCain or attempting to retread Donald Washington as a cornerback, the Steelers have certainly taken a “No loose stone unturned” approach to trying to improve at corner.

But the Steelers could have relinquished their rights to Greg Ducre but instead chose to protect him (and pay him) during the 2017 season. On Steel City Insider, Jim Wexell mentioned his name when reviewing the Steelers roster and implied he might still be in Pittsburgh’s plans.

Greg Ducre does have 9 games of NFL experience from the 2014 and 2015 seasons which he spent with the San Diego Chargers and Washington Redskins, and even had an interception for Washington.

Clearly Kevin Colbert and Mike Tomlin think that the kid has something to offer the Steelers, so it’s possible that he’ll get an invitation to St. Vincents and have another shot this summer.