The message of Super Bowl LII, for Pittsburgh at least? In the end, count on Pennsylvania to deliver. The Philadelphia Eagles brought the first ever Lombardi Trophy back to the City of Brotherly love with a thrilling 41-33 victory over the New England Patriots that went all the way to the wire.

The Eagles earned it, they overcame adversity and they never lost faith in themselves even when they were playing their backup quarterback. They humbled the mighty Tom Brady and while they didn’t stop, they contained Gronk. Good for them.

They also did the franchise that sits down on the opposite end of the Pennsylvania Turnpike a bit of a favor by preventing New England from netting its 6 Lombardi and preserving the Steelers status as the only football team to win six Super Bowls.

That doesn’t make up for the disappointment that was the 2017 season. But its nice to see some of the Steelers records intact, even another franchise has to do the dirty work. 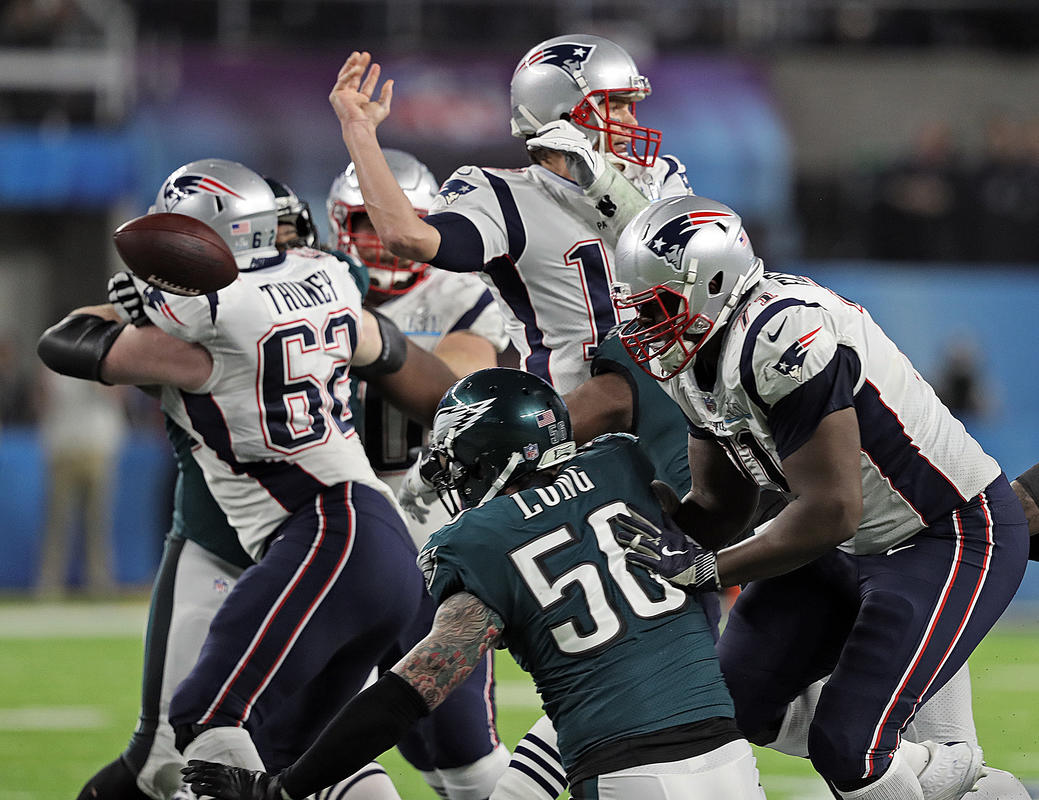 In 2014, the Steelers lost Le’Veon Bell going into the playoffs and the team was not ready. As a result, New England tied Chuck Noll’s record. In 2015, the Steelers reached the divisional round without DeAngelo Williams, Antonio Brown and with a less than 100% Ben Roethlisberger. The Broncos stopped the Patriots anyway, but one has to wonder if Pittsburgh would have been up to the task.

Last year the 2016 Steelers Super Bowl run petered out in the AFC Championship, as Steelers again lost Bell early on, while Martavis Bryant was out suspended and JuJu Smith-Schuster was yet to be drafted.

The franchise was good at setting those records, but not so good at defending them. Even with Hall of Famers  like Rod Woodson and Dermontti Dawson, the likes of Bubby Brister, Louis Lipps and Merril Hoge weren’t going to stop the 49ers from getting to 4 in the 80’s.

So be it. You always prefer to count on yourselves and never on another team to defend franchise honor. The Seahawks came up short, and the Falcons folded in the 4th last year. But our fellow Pennsylvanians the Philadelphia Eagles delivered. Thank You Philly.