The Steelers 2017 abrupt playoff exit has drawn the season’s backstory out of the woodwork, giving the Watch Tower plenty of material to shine its lights on. So now we focus on unrest in the Steelers ownership ranks, Todd Haley’s departure, Le’Veon Bell’s lateness to practice, and much more. 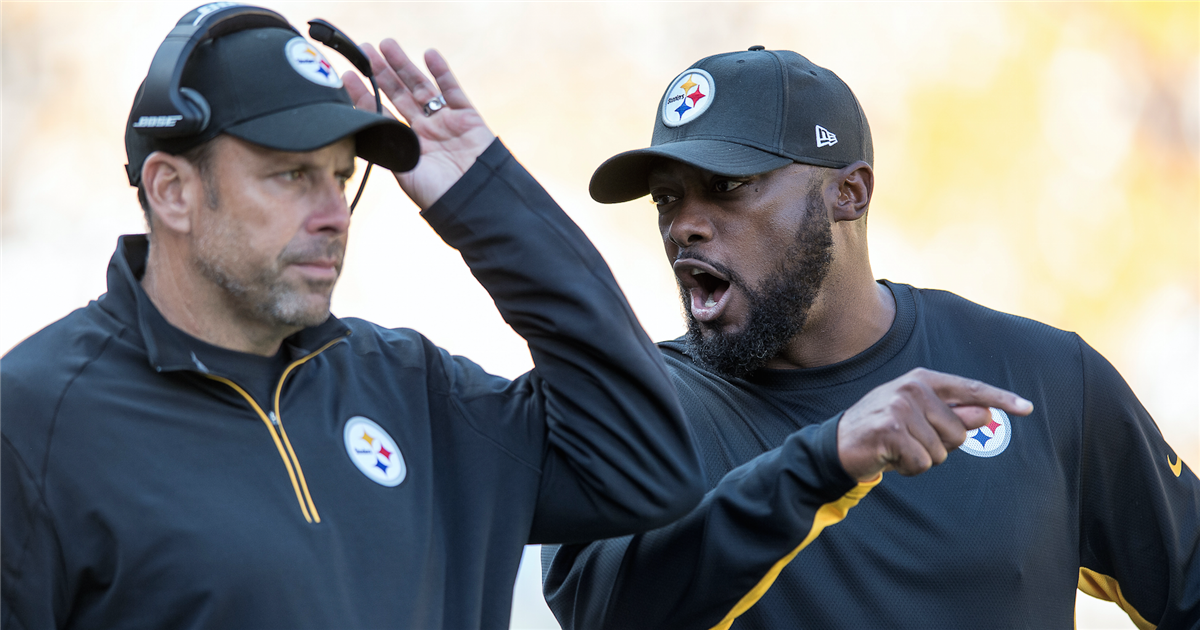 Unrest Among the Steelers Minority Owners…?

Two days after the Steelers playoff loss to the Jaguars, Pro Football Talk’s Mike Florio reported “…some of the team’s limited partners intend to lobby owner Art Rooney to fire of Tomlin and to hire a new coach.”

By any measure, this qualifies as news.

While the Steelers 2008 ownership restructuring was big story, the minority partners have remained out of sight since then. In January 2010 rumors held some of them wanted Bruce Arians’ head, but if that’s true, they didn’t get it.

The Pittsburgh Post Gazette’s Ed Bouchette added to the story immediately. While his reporting neither confirmed nor denied Florio’s report, Bouchette brought a bevy of factoids to the story that must be considered scoops.

[Bill Cowher] allowed his players in 1994 to hold a Super Bowl video rehearsal in the team meeting room before the AFC championship at Three Rivers Stadium.

The saga of the 1994 Steelers, the Super Bowl Rap video and the Chargers AFC Championship upset are well known, but this is the first time that the Watch Tower is aware of a suggestion that The Chin knew and approved of the escapade in advance.

At the time, word was that Bill Cowher hadn’t known, and when he learned he exploded at his team. Bouchette was only getting warmed up however, as he quickly dropped another bombshell:

But, again if true, it’s the audacity that a couple of the Steelers’ 18 listed limited partners think they can have an influence on the coach by ringing up Rooney. Collectively, these guys might own 5 percent of the team — or less. They sound like college boosters.

There’s never been any question as to whether the Rooneys and/or the Rooney and the McGinley families maintained majority control of the Steelers, but this is the first time the Watch Tower is aware that any enlightened observer has put a number on the stake controlled by the minority partners.

The Steelers hold the details of their ownership structure tightly to the vest. For example, Dan Rooney Jr. has been a partner, yet that only became public after his father’s death. While Bouchette leaves himself wiggle room with the language he chooses, it’s highly unlikely that Dean of the Steelers press corps would write what he did absent confirmation.

Finally, Ed Bouchette got Thomas Tull and Larry Paul on the record in favor of Art Rooney II’s stewardship, which is important because getting seldom-heard from minority owners on the record trumps anonymous sources by any journalistic measure.

This Bud’s for you Mr. Bouchette.

Shakeups on the Steelers Coaching Staff

If social media has given Steelers fans a platform to let the world know what they think about which assistant coaches should go, it still falls to credentialed media to inform us of who will actually go.

In doing so Bouchette linked Ben Roethlisberger’s retirement talk of a year ago to a harsh interaction with Haley following the AFC Championship game (although Bouchette’s language does leave wiggle room; nonetheless, he would have had to confirm this fact before reporting it.) Fellow Post-Gazette beat writer Gerry Dulac broke the news that Tomlin was not going to make changes on his defensive staff, albeit with the caveat that Bruce Arians has been told the same thing.

And of course Carnell Lake has resigned and John Mitchell is moving into a new position, paving the way for Tom Bradley and Karl Dunbar to assume new positions.

This site’s assumption, although with several others, was that Lake was being politely shown the door. Not so fast reports Steel City Insider’s Jim Wexell who in responding to a reader’s question (full disclosure, yours truly posed the question) informs:

OK, Lake’s departure was not forced. He has been missing his family for a couple of years now and had the chance (put to me that way) to get back for his son’s final year of high school and jumped at it.

Wexell also informs that John Mitchell’s new job as full time assistant head coach isn’t a ceremonial or figurehead type position, but a serious gig that will include “bringing ‘tough love’ to Tomlin when he sees the need….”

Given the number of paywalls that protect Steelers-related stories these days, the Watch Tower can’t verify Wexell’s the only person reporting these details, but he did make them available through a free article on his sight, and it’s good to see these stories enriched in such public fashion.

Some Context for Le’Veon’s Lateness, Please?

The Steelers discipline, or lack thereof has been a focus all season long, both of the fans and within the credentialed press. Perhaps there has been no bigger magnet Le’Veon Bell. It once again fell to Ed Bouchette to break what has been the hottest news of the off season thus far with his fateful paragraph:

Not only did Bell arrive much later than that for the playoff game against Jacksonville (as well as one coach), he missed practically the entire Saturday walk-through the day before, showing up about five minutes before practice ended.

The ripple effect created by Bouchette’s 38 words could spawn an entire series of Watch Tower-type columns. We will make no attempt to do so here. However, one source consulted by the Watch Tower as soon as the news broke cautioned about the story’s lack of context, suggesting that perhaps Bell’s absence was excused.

To be clear, the tone of Bouchette’s report, including the headline “Le’Veon Bell blew off the Steelers’ last walk-through” doesn’t suggest that Bell had permission to be late, although this was the explanation that Bell provided when prompted by reporters.

While the Watch Tower takes no issue with Bouchette writing a story whose tone is in tune with what his sources are telling him, but rather with other reporters who could have done more to confirm the story in the five days that elapsed between Bouchette’s report and Bell’s rebuttal.

This would have been all the more useful, given that Le’Veon Bell has a history of denying reports that later turn out to be true.

Wolfley Howls on SCI, and ESPN Gets a Clue (for now)

Veteran Steelers sideline reporter Craig Wolfley ears poised to step up his profile on Steel City Insider this off season and if his recent two part Q&A series is any indication, readers are in for a treat.

Wolfley answered well over a dozen questions and pulled no punches, offering frank commentary on everything from Mike Mitchell‘s play, to stories from the Chuck Noll era which make 2017’s supposed “lack of discipline” look tame by comparison, to tackling complex X’s & O’s questions.

Finally, the end of the 2017 playoffs has brought a welcome change to those who access to ESPN’s NFL site via Latin America (or at least Argentina.)

As the Watch Tower reported earlier, at the beginning of the 2017 season visitors who tried to access ESPN’s NFL site in English were automatically forced to the Spanish page, with no option to navigate back to English. Fortunately, during the week of the conference championships, visitors were once again free to browse the English language site.

While the Watch Tower expects to encounter the same problem next September, the change for the off season is appreciated.