The Steelers made two moves ahead of free agency this past week when they signed offensive tackle Matt Feiler and punter Jordan Berry to one year contract extensions.

Jordan Berry signed with the Steelers in 2015 and beat out fellow Australian Brad Wing during training camp. With three years of service in the league, Berry was due to become a restricted free agent, and could have held out for a restricted-free agent tender from the Steelers.

Jordan Berry’s gross punting average of 43.2 yards per punt ranks him last 32nd among NFL punters. However, Berry’s net average of 39.8 is good enough to get him out of the basement, and ranks him as 24th. 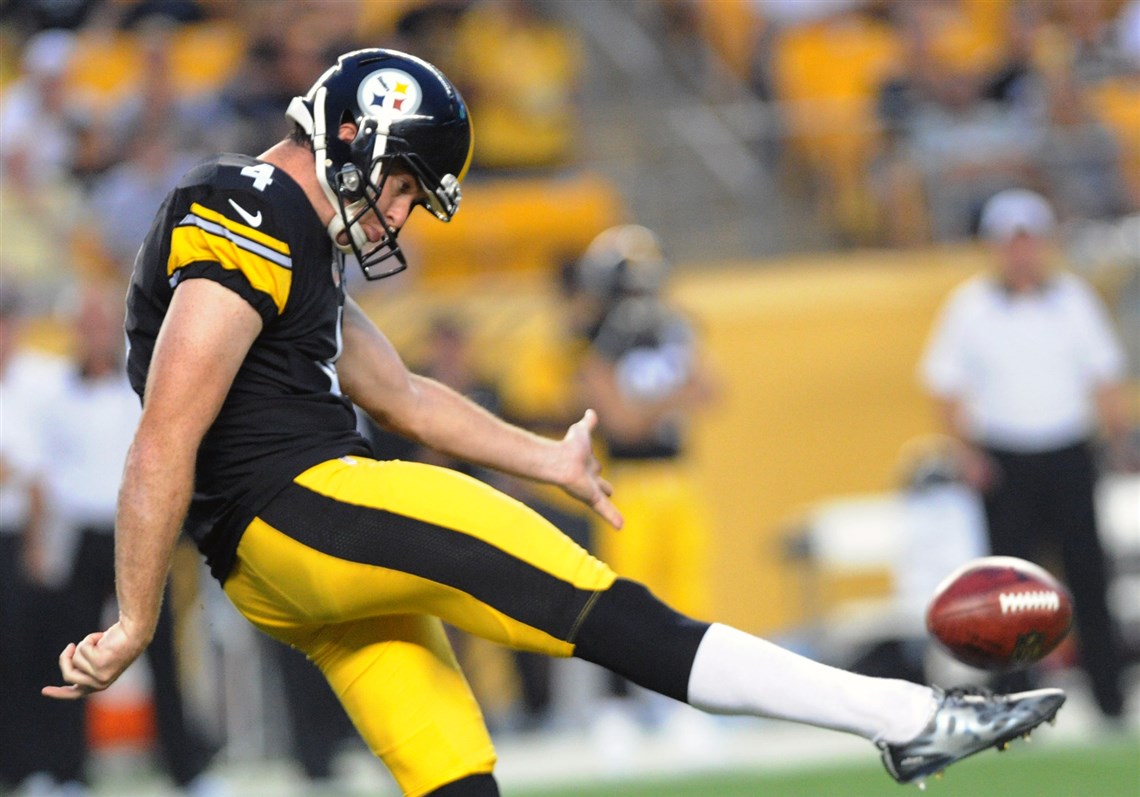 However, as Chris Adamski of the Tribune-Review points out, “Only two of Berry’s 64 punts were touchbacks; 26 pinned a team inside its 20-yard line.”

That’s an indication of some pretty good directional punting, which can be far more valuable than sheer distance in today’s NFL.While you obviously want to have as good a punter as you can, but if there’s one position that you don’t want to overrate, it is that of the punter. Numbers don’t lie: 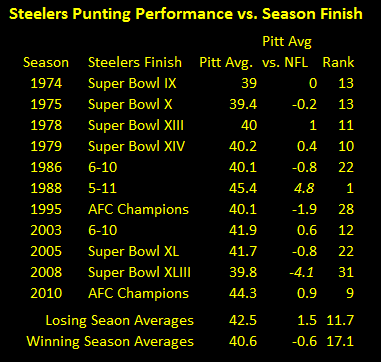 Quality punting hasn’t correlated very strongly with Super Bowl wins for the Steelers. And, as you can see, Harry Newsome’s punting average in 1988 was almost 5 yards above the NFL average, yet it didn’t help the Steelers avoid their worst season since 1970.

Feiler Returns to Back up Gilbert and Villanueva

The Matt Feiler signing is largely an academic exercise. Feiler was set to become an exclusive rights free agent this march, which essentially means he would have had to sign with the Steelers provided they made him a veteran minimum offer.

Feiler has been in the league since 2014, when he latched on with the Houston Texans as an undrafted rookie free agent. He spent 2014 on Houston’s practice squad, but got cut before the start of the season, where he joined the Steelers 2015 practice squad.

Pittsburgh also has Jerald Hawkins signed as a reserve offensive tackle behind Marcus Gilbert and Alejandro Villanueva, so unless things very awry, don’t expect to see Matt Feiler protecting Ben Roethlisberger’s blind side or opening holes for Le’Veon Bell (or might it be James Conner….)