You know what they say: “Don’t make a decision about something when you’re emotional.”

As a fan of the Pittsburgh Steelers, I was pretty emotional after their quick ousting from the 2017/18 NFL playoffs at the hands of the Jacksonville Jaguars on January 14 at Heinz Field.

And, of course, the wave of negative news that quickly surfaced in the days after the Steelers season came to a crashing halt, such as star running back Le’Veon Bell arriving with about five minutes (or perhaps more, depending on who you believe) left in the walk-through practice the Saturday before the playoff loss, just seemed like one straw too many. 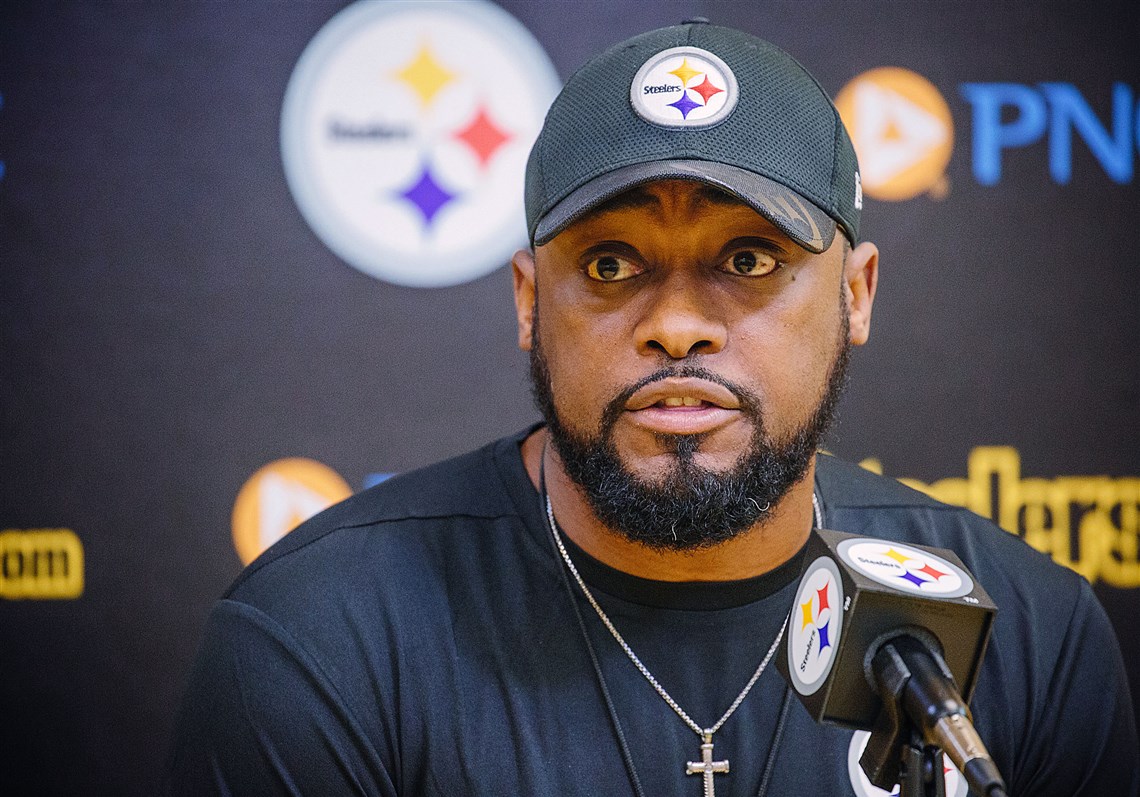 But while I thought about it, I never actually allowed those words to leave me lips. For one thing, it’s just ludicrous, right? Why part ways with a head coach who has accomplished as much as Mike Tomlin has during his 11-year tenure with the Steelers organization?

Anyway, here we are three weeks later, and after taking some time to reflect–and discovering that perhaps, as he told reporters recently, Bell had a personal reason for missing that final practice and was given permission by his head coach–I realize that maybe things aren’t always as they appear–or as they’re reported.

But that’s neither here nor there, because, even without the leaked story about Bell missing practice, there are those who will never give Mike Tomlin his due and will continue to scream for his dismissal as head man on the Steelers sidelines.

Part of me can’t figure out why, but then, Mike Tomlin is the first Steelers coach of the social media era. And, as you probably know, there is rarely anything logical or rational about most takes on Facebook or Twitter.

Yes, whereas in the late-90’s, when only a select few fans could call into sports talk radio every night and tell the hosts what they thought of Bill Cowher‘s coaching acumen (or lack thereof), today, every Tom, Dick and Harriet from all over the globe can take to the world wide web and use all capital letters to tell you how much they hate Tomlin’s clock-management skills.

And they’re not all irrational either. There are some logical fans, albeit fans with an agenda against Mike Tomlin, who can come up with some darn good reasons why the Steelers should find a new head coach.

But the good news is, regardless of the illogical or even sane negative takes on Mike Tomlin, Mr. Obvious obviously being obvious, the Steelers won’t be in the market for a new head coach anytime soon.

For starters, it just goes against reason and logic to suggest the Steelers, a team that has played exactly one game under Mike Tomlin where it was already out of playoff contention at kickoff, are in total disarray, as has been suggested time and time again, by both the media and fans, alike.

In a classic case of giving the players all the credit and the coach none, Mike Tomlin’s critics state–and with a straight  face, mind you–that Pittsburgh has only been as successful as it has over the years because it boasts a superbly-talented roster that includes a franchise quarterback in one Ben Roethlisberger and numerous All-Pros.

Conveniently, this ignores the fact that NFL history is littered with countless superbly-talented rosters that never came close to achieving what the Steelers have under Tomlin, and that’s because those teams lacked a leader the equal of a Tomlin.

Secondly, the Rooneys have never had a fast-trigger with getting rid of coaches–at least not over the past 49 years, when they’ve employed just three of them.

And there’s a simple reason for that: you don’t get rid of a head coach when he wins, which the Steelers coaches have done, since Chuck Noll gave the organization the blueprint for success back in 1969.

Maybe I’m more exhausted from arguing with other fans about the Steelers head coach than a supporter of another team would be from arguing about their team’s coach, because it’s so uncommon for any team to employ a coach as long as Pittsburgh has employed Tomlin.

But if you look around the league, you’ll see that the most stable franchises–even the ones that don’t win Super Bowls every season–have long-tenured head coaches.

Take a look at the Packers, and their head coach Mike McCarthy; he’s been with Green Bay since 2006, and has a track-record pretty much on-par with Tomlin.

Like Steelers fans, do you think Packers Cheeseheads are betting the farm McCarthy will be an abject failure once his franchise quarterback–Aaron Rodgers–hangs up his cleats?

A good guess is that they are–again, fans are usually more apt to give credit to the player than to the coach.

However, I’ll just wager a bet that the Packers’ front-office won’t be looking for a new head coach in the near future, not unless McCarthy drifts far from the consistency he’s provided the organization the past 12 years.

As a fan of the University of Pittsburgh Men’s basketball team, I can tell you I was pretty darn frustrated year after year, as I watched head coach Jamie Dixon achieve great success in the regular season, only to underachieve in the postseason.

In the wake of Dixon’s departure, the Panthers hired Kevin Stallings, a coach that was far down the list of desired successors, and, today, the program finds itself back at rock-bottom, complete with an 0-11 record in the ACC.

Right about now, those yearly appearances in the Big Dance–even if  they often stalled out in the Sweet 16–don’t look so bad.

If insiders such as Ed Bouchette, Gerry Dulac and Bob Labriola are to be believed–and there’s nothing to suggest they aren’t–the Steelers goal every year is to compete and have a chance to win a championship.

With the exception of maybe a half a dozen years, the Steelers have been a legit championship contender every season, dating back to 1992, when Cowher took over for the legendary Noll.

Far few teams can make that kind of claim, and there’s something to be said for that.

Right now, the New England Patriots are in the throes of one of the greatest championship runs in professional sports history. Despite their 41-33 loss to the Eagles in Super Bowl LII on Sunday night, the Patriots have now made it to eight Super Bowls since 2001, winning five of them.  But when the run is over, and Tom Brady finally does retire, will head coach Bill Belichick stick around and try to rebuild?

Finally, while you might consider Tomlin’s years to be a waste–only a truly entitled fan would think that way–fact is, he truly is at an elite level in his profession.

So, while you and I might continue to battle back and forth on social media over Tomlin’s coaching acumen (or lack thereof), he’ll continue to man the Steelers sidelines.

Good head coaches are hard to find, and Mike Tomlin has proven to be a great one.