Steelers fans have been groomed to expect the least when it comes to the team’s activity (or lack thereof) in the NFL’s annual free agency frenzy that begins on Wednesday at 4 p.m.

Indeed, you could even argue that when the Steelers have tried to make splash free agency signings, its backfired on them!

And why shouldn’t they? Number one, it’s generally not the “Steelers Way.” In other words, Pittsburgh’s always been an organization that’s keen on improving itself with college prospects seeking to make it at the professional level (in other words, the draft), and not free agents seeking to cash in on that all-important second contract.

Number two, they generally don’t have much room under the cap, that is, unless they “kick the can down the street” as they say and restructure contracts, a practice that, sooner or later, catches up to everyone. 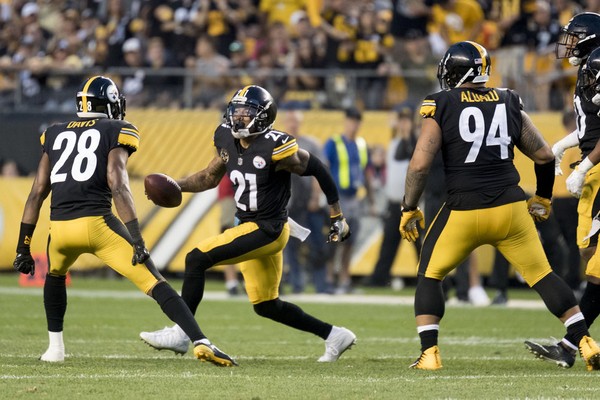 I don’t mind the Steelers doing their business this way. After all, the reason they’re often up against it in terms of cap space is because of all the success they’ve enjoyed over the years with improving the team with drafted players.

Ben Roethlisberger, Antonio Brown, Le’Veon Bell, Maurkice Pouncey, David DeCastro and Marcus Gilbert are all examples of former draft picks who have elevated themselves to the top ranks of their respective positions. And with that comes huge pay raises and second and third contracts. (If the organization can reach an agreement with Bell on a lengthy and lucrative deal, he’ll be the latest homegrown talent to challenge the remarkable talents of executive Omar Khan, whose reputation for massaging the team’s salary cap is quite legendary.)

Besides, as I’ve said many times, when it comes to NFL free agency, it is far from “free,” meaning the cream of the crop very rarely reaches the open market, what with the ironic franchise tag preventing this from happening. So, you’re ultimately left with a pool of players who weren’t even deemed worthy enough to have their free agency restricted by their former teams.

And this circles everything back to this Wednesday, and the start of the 2018 NFL free agency period.

Again, Steeler fans have grown accustomed to not expecting much.

I’m not talking about Pittsburgh’s acquisitions last spring that were obviously moves of depth, such as the signing of journeyman cornerback Coty Sensabaugh and veteran defensive end Tyson Alualu.

I’m talking about the Steelers acquisition last summer, when they quickly scooped up veteran cornerback Joe Haden, mere hours after he was released by the Browns.

Sure, it was a perfect storm that brought Joe Haden to the Steelers, as he wasn’t your typical free agent that had the entire month of March to shop his services and decide on the best offer.

But what the Joe Haden deal represented to me was that the Steelers were serious about contending in 2017.

That’s hard to say, until it happens.

But as if this writing, I’m feeling pretty confident that if the Steelers feel there is an inside linebacker or a safety who can help them win now, they will do everything they can to bring him into the fold for the 2018 season.