The Pittsburgh Steelers are not splash players in free agency. Sure, the franchise used free agency to secure the services of future Hall of Famers such as Kevin Greene and fixture starters like Ryan Clark, but the Pittsburgh has never put itself into contention for the off season Lombardi. 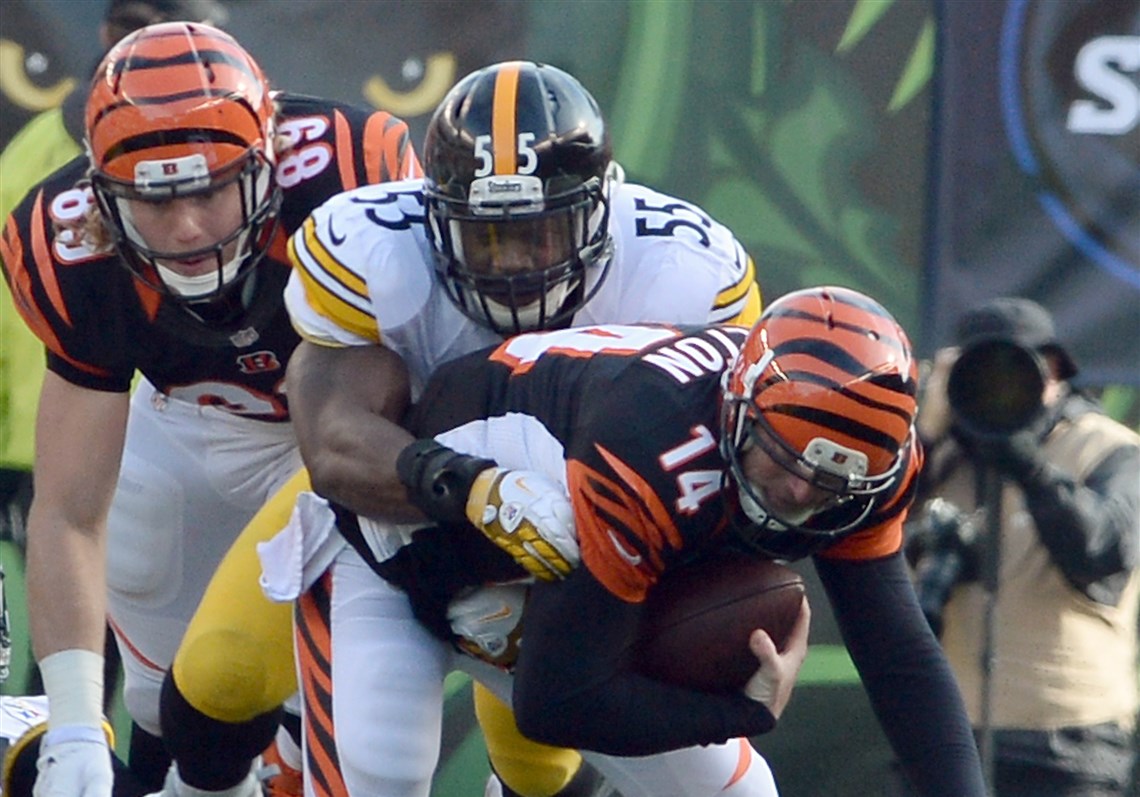 Arthur Moats joined the Pittsburgh Steelers in 2013 during a time of turmoil at outside linebacker.

After ending 3 straight seasons on injured reserve, the Steelers had parted ways with LaMarr Woodley. Jason Worilds had finally seemed to hit his stride, posting a good although not great year, prompting Pittsburgh to transition tag him. While Jarvis Jones rookie year had provided a mixed bag, the latest done jersey number 95 still had legitimate “upside.”

So it came as a bit of a surprise, when at the end of March, the Steelers signed Arthur Moats from the Buffalo Bills. The move to bring in Arthur Moats delivered almost immediate dividends, as Moats recorded a sack in relief of Jarvis Jones in the Steelers win over Carolina. Moats forced a critical fumble in the Steelers November win over the Ravens, and also downed Joe Flacco.

In 2015 the Steelers drafted Bud Dupree, but Bud Dupree’s arrival didn’t stop Moats from making splash plays, as he recovered a fumble on Cleveland’s first play of the game, setting up a Steelers score. For the season, Moats recorded 4 sacks and recovered two fumbles.

In 2016, Arthur Moats recorded 3.5 sacks and defensed 3 passes while splitting time with Bud Dupree, and finished the season with two sacks against the Browns in the finale. In 2107, Moats saw his playing time drop, as the rotation at outside linebacker ended. Still, he saw action n 14 games, including work at inside linebacker due to injuries to Ryan Shazier and Tyler Matakevich.

The Case for the Steelers Resigning Arthur Moats

Let’s face it, backups don’t move the mercury of fan enthusiasm (save for perhaps DeAngelo Williams.) When you think of great Steelers outside linebackers, you think of Hall of Famers like Jack Ham and Kevin Greene, or intimidating legends like Greg Lloyd, Joey Porter or James Harrison.

Arthur Moats is just the kind of player you want in the mix behind T.J. Watt, Bud Dupree and Anthony Chickillo. He’s only just turning 30, and he’s not going to cost a lot of money. What’s the wait?

The Case Against the Steelers Resigning Against Arthur Moats

For better (see keeping T.J. Watt in the game) and for worse (see the James Harrison situation), the Steelers ended their outside linebacker rotation in 2017 and there’s been no indication that will change in 2018.

The Steelers have salary cap issues, and while Arthur Moats isn’t going to command serious money from any NFL team, he is someone who deserves to get paid more than the veteran minimum. Depth is nice, but the Steelers have Kion Adams coming off of injured reserve, who could grow into a Moats type role and would do so for a lot less money.

Resigning Arthur Moats would make for a quality feel-good story, but is it a luxry the Steelers can afford?

Curtain’s Call on the Steelers and Arthur Moats

We started by saying that in a lot of ways Arthur Moats is your typical Steelers free agent. His arrival was unheralded, he provided stability and depth in an understudy role and delivered convincingly when called upon.

When you say “Championship caliber player” you probably don’t think someone like Mewelde Moore, yet Moore was the unsung hero of the 2008 Steelers season that culminated in Super Bowl XLIII.

When it comes to winning Lombardi Number 7, Arthur Moats’ impact will never equal that of, say, Cam Heyward, but he’s shown the ability to be the “Next man up” when his number is called, and championship rosters require players who fit that role.

If the Steelers are smart, they’ll find a way to bring back Arthur Moats.

2 thoughts on “Never a Superstar, Steelers Free Agent Arthur Moats Is Solid Backup Who Delivers When It Counts”