“In this great future you can’t forget your past….”
– Bob Marley, “No Woman, No Cry”

You don’t often see Bob Marley lyrics leading a column on the Steelers, but hey the Reggie legend did give his last concert in Pittsburgh back when Terry Bradshaw and Joe Greene held a 2-1 mark in their quest for “One for the Thumb” in September 1980, so I guess that gives us some connection.

And while you can bet the mortgage Kevin Colbert and Mike Tomlin didn’t have the Marley’s words ringing in their ears the last week, the decisions to sign Jon Bostic and Morgan Burnett show they’ve taken Marley’s wisdom to heart. 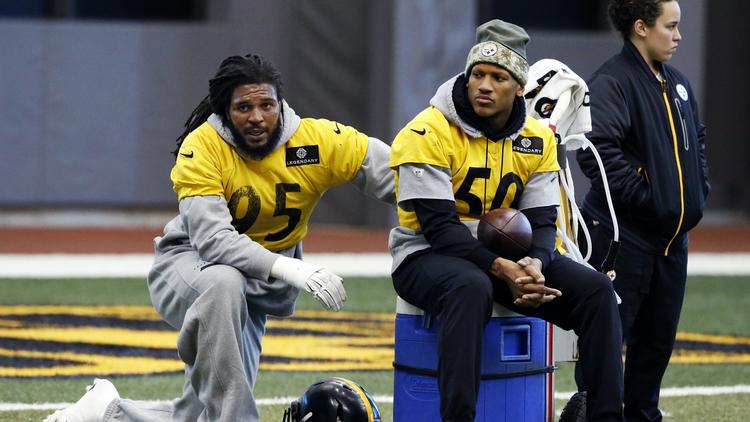 In 2013, the Steelers were caught in a serious salary cap crunch. LaMarr Woodley had just finished his 2nd season on IR, Chris Carter wasn’t proving to be “the steal of the 2010 NFL Draft,” (as one journalist had claimed he’d be) and Jason Worilds had only shown flashes.

In hindsight, Steelers management erred in determining that James Harrison was nearing the end. Yet injuries had forced James Harrison to miss large chunks of both the 2011 and 2012 seasons and he’d played much of 2010 with an injured arm. And Harrison was set to make somewhere in the neighborhood of 8 to 9 million dollars.

Sure salary caponomics rather than X’s and O’s dictated that decision, but no amount of number crunching could save the Steelers from harsh reality that they had to come out of the 2013 NFL Draft with a pass rushing outside linebacker.

Today, it is easy to slam the Jarvis Jones pick. Jarvis Jones is legitimately Kevin Colbert’s only first round bust. Clearly SOMEONE else on the board could have delivered more value to the Steelers. Fair enough. But Mike Maycock was rating Jones as the 19th best player in the draft and some mocks actually had Jarvis Jones going off the board at 15, two spots before the Steelers took him.

But that’s not the point.

It leaves you with a detestable feeling. Think about the “voluntary” hoops you need to jump through during a pre-employment process that aren’t so “voluntary” if you actually want the job.

As it turns out, the Steelers had less at cornerback than they thought, erring in thinking they could get another year out of Ike Taylor while Cortez Allen’s career imploded in splendid fashion for reasons that have never been explained.

The Ryan Shazier pick came despite the fact that with Lawrence Timmons, Vince Williams, Sean Spence and Terence Garvin the Steelers entered the 2014 draft with quality depth at inside linebacker. But Ryan Shazier offered the Steelers generational talent and prior to his injury was flashing Troy Polamalu type playmaking ability.

By signing Jon Bostic and signing Morgan Burnett, the Steelers are trying to give themselves the freedom to make the same kind of pick in the 2018 NFL Draft.

Word to the Wise

Jon Bostic and Morgan Burnett arrive in Pittsburgh with some risk in that both men have fought injuries, and the Ladarius Green experience teaches us just how quickly injuries can derail a promising free agent signing.

It’s also important to remember that drafting for need sometimes ends well, as the picks of Heath Miller and Santonio Holmes from the 2005 and 2006 drafts show us. But its sure is a lot better go enter a draft with the freedom of picking the player you want to pick, instead of taking someone you need to take.