The NFL’s free agency signing period is less than a week away and to be sure Le’Veon Bell and the Steelers franchising Le’Veon Bell is universally the top story in Steelers Nation. But scan major Steelers sites and you’ll find that, almost without exception, all of the coverage is on the 2018 NFL Draft.

And to be clear, I’m speaking with voice as a Steelers fan, not as a Steelers blogger. As readers know, I don’t pretend to know enough about college football to wade into the pre-Draft analysis and I won’t do you the disservice trying to fake it. 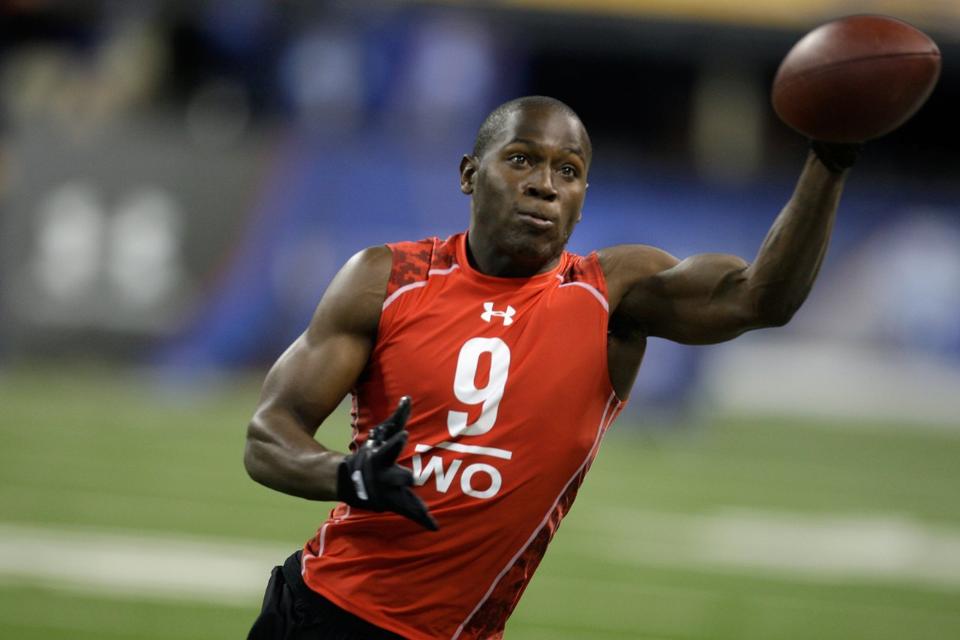 The NFL Combine is an important event, and in many ways is the unofficial beginning of the NFL off season. We hear a lot about how the NFL’s popularity is in decline, and over exposure is part of that equation. But the appetite for 24/7/365 football news is real, and you can’t blame the NFL for milking the combine for what its worth.

Kevin Colbert seemed to acknowledge that as much when he clarified that the Steelers value one-on-ones and medical information than data points that come out of the track meet.

Revenue generating sites come with page-view quotas, and that requires copy. And stories about prospects the Steelers meet with at the NFL Scouting Combine are much more relevant than Throw-Back-Thursday types strolls down memory lane.

There’s also the fact that Steelers.com is pushing the combine heavily. While the Watch Tower has yet to take an in-depth look, the fact is that the Steelers website at least indirectly dictates the story lines that so many other sites must follow.

That’s fine. And the truth is that there are a lot of good stories being written on the NFL Scouting Combine with the benefit of a lot of first-hand journalism. Jim Wexell and Jon Ledyard work over at Steel City Insider provide to excellent examples. Steel City Blitz has also published a lot of quality draft-combine related stories over the last week. Kudos for them, and apologies to the dozens of other writers doing good work not mentioned.

Can’t get my head around the fact that the Steelers draft decisions, as will every NFL team’s, will be driven by the fallout from free agency.

Seeing the words “NFL Combine” can’t help but remind me of my first memory of the event, which involved hear WMAL’s Ken Beatrice describe the Indianapolis Colts sending the Atlanta Falcons the store because they were blow away by Jeff George’s workout at the Combine (gee, that worked out well, didn’t it?) Also can’t help but remember that an early mock drafts had the Steelers picking Gerod Holiman in the first round of the 2015 NFL Draft.

As most sites lack chronological archives it is hard to be sure. But either way all of this coverage on the 2018 NFL Draft is coming just a little too soon for this Steelers fan.