In a long anticipated move, the Steelers cut William Gay the veteran cornerback who has served as a pillar of stability in Pittsburgh’s secondary for the last decade. In doing so they severed ties with the final draft pick from the 2007 NFL Draft, the Steelers first draft with Kevin Colbert and Mike Tomlin at the helm.

Defensive back is a young man’s game, and William Gay will be 4 months shy of his 34th birthday on the Steelers opening day in 2018. He also carries a $1,750,000 salary that the Steeler figure to use more constructively elsewhere.

Judging by his Instagram post, he isn’t ready to being “Life’s Work” but with his time in Pittsburgh over, we now look back at the wild ride that was William Gay’s Steelers career and take a moment to say “Thank you Big Play Willie Gay.” 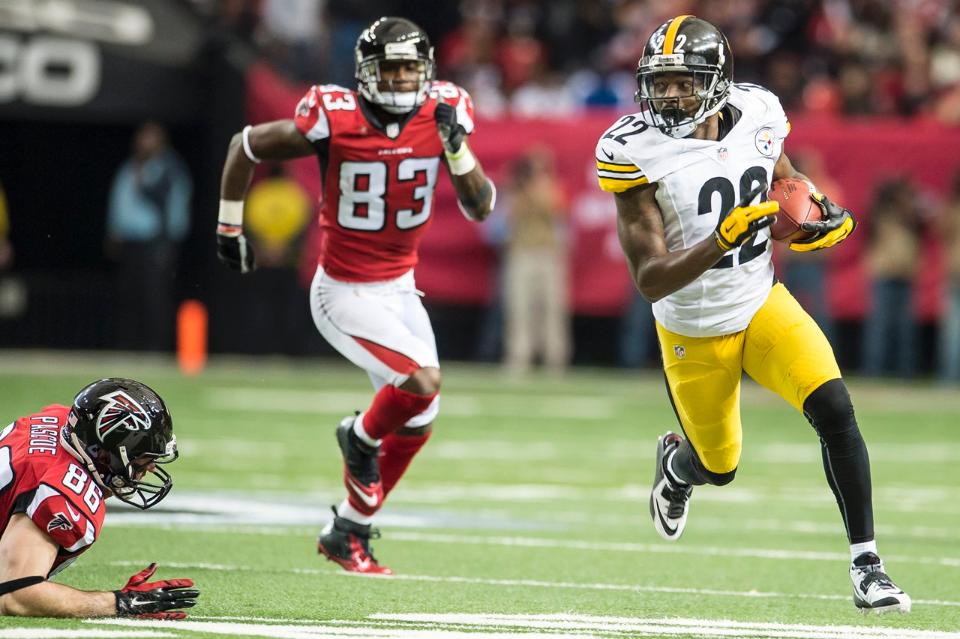 With Ike Taylor, Deshea Townsend and Bryant McFadden topping the depth chart, cornerback didn’t figure to be a priority for Pittsburgh in the 2007 NFL Draft. After going (almost) all-in on defense by drafting Lawrence Timmons, LaMarr Woodley and Ryan McBean with their first, second and fourth picks the Steelers went back to defense in the 5th round, drafting William Gay out of Louisville.

As Steel City Insider’s Jim Wexell pointed out, when questioned about an impressive preseason outing Mike Tomlin responded “William Gay’s just trying to survive!” William Gay not only survived but contributed in his rookie year, but his efforts were confined to special teams and spot duty in the secondary.

Due to injuries, Gay made 4 starts at cornerback and effectively alternated with Bryant McFadden at other times. The Steelers 2008 defense was a special unit, and Gay’s played a small, yet important role in their success that culminated in Super Bowl XLIII.

William Gay played so well in 20018 that made Bryant McFadden expendable as he departed for Pittsburgh West aka Arizona.

Troy Polamalu got injured in the season opener, and the Future Hall of Famer only played 4 more games that season. The rest of the Steelers defensive backfield struggled in his absence. By late November Steelers 2009 secondary was shell-shocked, and William Gay was in far enough in over his head that Mike Tomlin rotated Joe Burnett with him in the Steelers infamous ’09 loss to Cleveland.

Bryant McFadden’s return to Pittsburgh seemed to spell doom for Gay as it forced him into the role of slot corner. Instead the move probably rejuvenated his career. During the 2010 season, Gay led the Steelers in passes defensed and also recorded two sacks.

Going into 2011 Bryant McFadden remained the starter nod, but injuries led to Gay starting most of the season, where he defensed another 13 passes, and recorded two interceptions, including a game-clincher against Cincinnati in November.

However, with Cortez Allen on the rise (or so we thought) and Keenan Lewis showing signs of development, the Steelers opted to let Gay sign with Pittsburgh West and, once again, William Gay’s Steelers career seemed to have come to and end.

…And like Bryant McFadden before him, William Gay’s stay with the Cardinals would only last one season. The Cardinals cut him, and the Steelers wasted little time in resigning him. Second acts with the Steelers have become a stable of the Colbert-Tomlin era, as Larry Foote, Antwaan Randle El, Byron Leftwich, Will Allen and Matt Spaeth all departed Pittsburgh as free agents only to return.

When the Steelers resigned William Gay in March of 2013, it was rightly interpreted as a Moneyball type move made in an effort to sort of secure a compensation prize for franchise too salary cap strapped to resign Keenan Lewis.

That may have been the case, but it was Moneyball at its best. The Steelers brought William Gay into man the slot, but Ike Taylor’s decline and Cortez Allen’s implosion led to Gay starting 52 games between 2013 and 2017.

A dispassionate analysis of William Gay’s contributions during this time would likely credit him with providing stability to a secondary staffed by plugins and accidental starters (see Antwon Blake and Brice McCain). But it was his penchant for explosive plays that earned him the love of Steelers Nation:

William Gay also had another interception returned for a touchdown negated by a penality in the Steelers 2016 win over the Bills. While he didn’t add any more pick sixes, Gay did intercept a pass against the Colts on Thanksgiving and again in 2017 in the Steelers home win against the Bengals.

As it happens to all great athletes, Father Time began gaining in the footrace with William Gay in 2016, as Artie Burns displaced him as the starter by the middle of the season, and rookie Mike Hilton took over the slot role in 2017.

There’d been talk of moving Gay to safety, and while Gay did play in a little bit of a hybrid safety-linebacker in 2017, the role never really emerged.

Steel Curtain Rising will leave that for others to debate and decide. But there’s no disputing the fact that from 2013 until 2017 William Gay was most consistent contributor to the Steelers secondary.

He was also class act in the lockeroom and pillar of the community, and someone Steelers Nation should be proud to have had as a member of the Pittsburgh Steelers.