Sometimes it pay to go against the conventional wisdom. After all, the rise of blogging and social media has raised Monday Morning Quarterbacking and Arm Chair General Managing to something of an art form. While easiest examples that come to mind are ones where social media becomes the mother of all bandwagons (think of how Steelers Nation regarded Todd Haley), the real fun is when you take a position that’s contrary to popular opinion and you turn out to be right.

It appears that the Steelers 2018 Draft Needs poll is one of them. 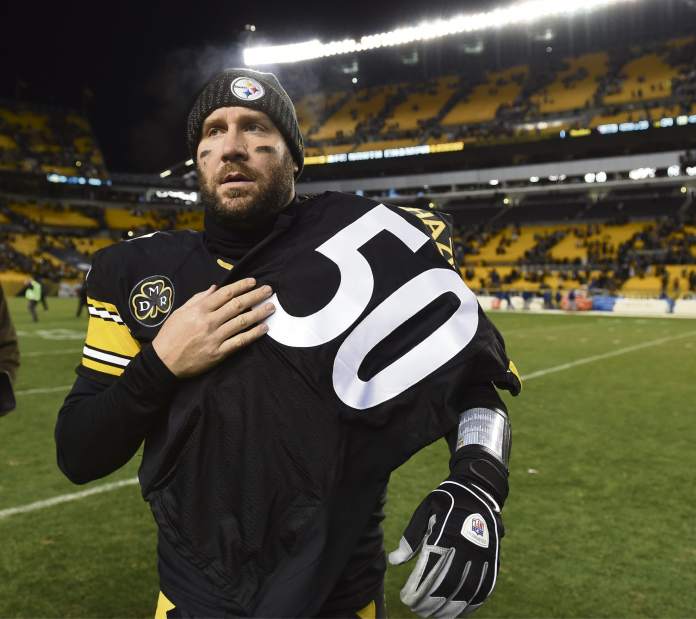 The Steelers need to find someone who can “replace” number 50 in he 2018 NFL Draft. Photo Credit: Chaz Palla, Tribune-Review

The results of the Steelers 2018 Draft Needs poll are in, and Steelers Nation clearly rates inside linebacker among the Steelers top need heading into the draft.

With just two days to go before the 2018 NFL Draft, if the readers of Steel Curtain Rising are any indication, the Steelers’ number one priority is finding the next Ryan Shazier–or at least someone capable of filling his role at a high enough degree to make the position of inside linebacker a strength again and not a weakness.

Stay tuned to Steel Curtain Rising in the coming days for more draft coverage, including an in-depth look at each of the team’s picks, starting with the first round choice Thursday evening.