The Steelers drafted Jaylen Samuels in the 5th round, their second of two fifiths, adding the North Carolina running back and adding to the versatility of their backfield. 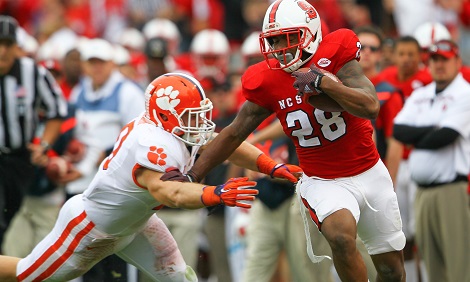 As a senior, Samuels caught 76 balls for 597 yards and scored four touchdowns through the air. Jaylen Samuels added 12 rushing touchdowns backed 407 yards rushing. What role will Saxon play in Pittsburgh? As Saxon envisions it:

He will be able to play on third down, catch ball and create matchup problems for linebackers. In this game today, on third downs lot of teams are using a sixth DB to come in the box and cover an athlete, and that’s what he is.

Draft analysts speculated that the Steelers would seek Le’Veon Bell’s replacement in the 2018 NFL Draft. Jaylen Samuels as a fifth round pick, would not figure to be that man. He joins James Conners behind Le’Veon Bell, and will have to win a spot in training came against veterans Fitzgerald Toussiant and Stevan Ridley.