Looks like Steelers fans will have Bud Dupree to kick around for another two years–unless he wins them over instead. 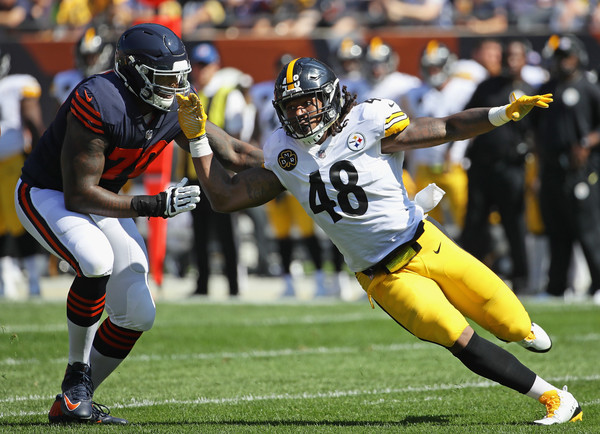 As reported by several outlets on Monday, the Steelers have exercised the fifth-year option on Dupree, the team’s first-round pick in the 2015 NFL Draft, keeping the young outside linebacker in the fold through the 2019 season.

After recording four sacks as a rookie, Dupree spent the first nine games of the 2016 season on Injured Reserve, following offseason surgery to repair a sports hernia. Upon his activation late in the season, Dupree displayed great explosiveness down-the-stretch, posting 4.5 sacks over the final seven games.

There was great excitement for Dupree heading into 2017, and even though he had a career-high six sacks, he managed to fall out of favor with fans, many of whom quickly labeled him a bust.

“We’re excited about where Bud can be in these next two years,” said team general manager Kevin Colbert on Monday, courtesy of the Pittsburgh Tribune-Review. “We had no hesitation in making that move when we did it.”

However, these aren’t your dad’s (Coach Dad’s) Steelers outside linebackers anymore, as they’re now required to drop back into pass coverage more than ever.

In-fact, despite the fans’ disenchantment with Dupree, the Steelers defense managed to set a franchise record for sacks a season ago with 56.

Many wondered if Pittsburgh would look to upgrade at outside linebacker and find Dupree’s replacement with a premium pick in this Thursday’s NFL Draft.

But while you can’t rule anything out with the Steelers picking so late in the first round (28th to be exact), it certainly seems less likely now that Bud Dupree will be with the team for at least two more seasons.