As is more or less the norm, the third wave of free agency has been the busiest in Pittsburgh. The Steelers signed Nat Berhe, a safety and special teams player from the New York Giants, while the Giants in turn signed William Gay whom the Steelers had cut prior to free agency. And Robert Golden, who Nat Berhe is essentially replacing, has signed with the Kansas City Chiefs.

As a rookie, Berhe led the Giants in special teams tackles, registering 11. He also led the team in 2017 with 10 after missing 2015 and part of 2016 due to injuries. Nat Berhe doesn’t have great “measurables” but his burning desire to play the game has earned him the nick name “The Missile” and this tweet shows just why:

While Berhe is bring brought to Pittsburgh to play special teams, he has experience at safety, and technically provides some depth behind Sean Davis, Morgan Burnett and J.J. Wilcox. 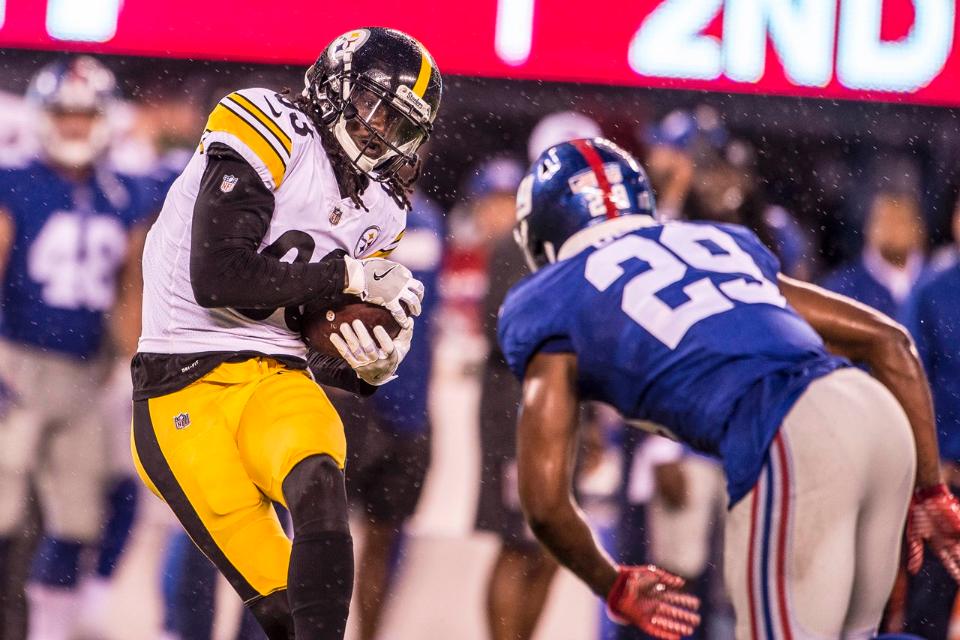 When the Cleveland Browns signed Chris Hubbard, this site opined that Chris Hubbard might be the only Steelers free agent to draw interest from the rest of the NFL. The William Gay and Robert Golden defections disprove that, (although technically speaking since the Steelers cut  William Gay and Robert Golden they don’t count as free agency losses — .)

While that might seem to be cause to claim some ‘Bragging Rights,’ I considered that possibility to be so remote that a “Steelers Resign Daniel McCullers” article was a candidate for this year’s April Fools joke. And Staff writer Tony Defeo also argued that the Steelers should not and would not bring Stevan Ridley back, and of course just yesterday the Steelers resigned Stevan Ridley.

Just goes to show you why yours truly is here blogging in Buenos Aires, while the Kevin Colbert’s and Ozzie Newsomes of the world are cashing checks with NFL logos on them.