The Steelers 2018 draft class is complete. Suffice to say, things didn’t play out as outsiders expected.

By consensus, the Steelers biggest need in the 2018 NFL Draft was at inside linebacker. Drafting Le’Veon Bell’s replacement would have been wise. And the conventional wisdom dictated by the manhandling suffered at the hands of Jacksonville that the Steelers hit defense early and often. 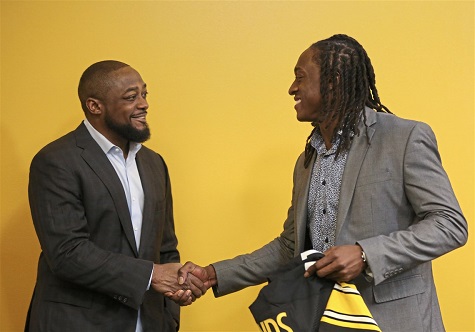 The duo refused to live in their fears, ignored the critics and marched to their own tune during the draft. Now that the dust has settled, the Steelers have concluded the 2018 NFL Draft and they:

That surprised many in Steelers Nation, yours truly included. But it shouldn’t have. Mike Tomlin and Kevin Colbert don’t make personnel decision out of fear. And while need has influenced their picks in the past, it is pretty clear that the Steelers stuck to their draft board.

Here’s the Steelers 2018 Draft Class at a Glance:

As a draft ignoramus, I won’t hazard an argument. The experts, with a few exceptions, didn’t like it. There are only two or three decision makers in the Steelers draft room vs. an infinite number of pundits racing to offer instant evaluations.

Listening to the cascade of criticism generated by Terrell Edmunds pick reminded me of reaction to the New York Jet’s decision to draft Jeff Lageman in the 1989 NFL Draft. The legendary Pete Axthelm went so far as to joke that the Exxon Valdez hadn’t been piloted by scouts for the Jets. Lageman ended up making the Pro Bowl as a rookie and had a solid career, if one that fell below his status of the 14th pick.

In contrast, Mel Kipper Jr. praised the Steelers 1985 Draft Class, which turned out to be one of the worst in modern era and had to have contributed to Dan Rooney’s decision to fire Art Rooney Jr. as head of scouting.

And as everyone in Steelers Nation knows, the legendary Vic Stiletto panned the Steelers 1974 Draft Class after day one for not having improved themselves at punter. The 1974 haul brought Lynn Swann, John Stallworth, Jack Lambert and Mike Webster to Pittsburgh, all four of whom current have busts honoring them in Canton.

Time will tell. In the short-term the perception of the success or failure of this draft is going to hinge on whether Terrell Edmunds matches Tomlin and Colbert’s expectations or those of the pundits. But Mason Rudolph offers an “X” factor. The Steelers apparently had a 1st round grade on him, and if he proves to be a worthy success to Big Ben then this draft will be a success even if Edmunds is as base as the Mel Kipper Jr.’s of the world assure us he is.