An advantage of living long abroad enough to truly understand its language and culture is that you discover some languages are better equipped to express concepts than others.

For example English has “the wind chill factor” and “the heat index” whereas Spanish has la sensacion termica which communicates both concepts with better economy and accuracy. It is certainly a two way street, as Spanish has no equivalent for “parallel park.” 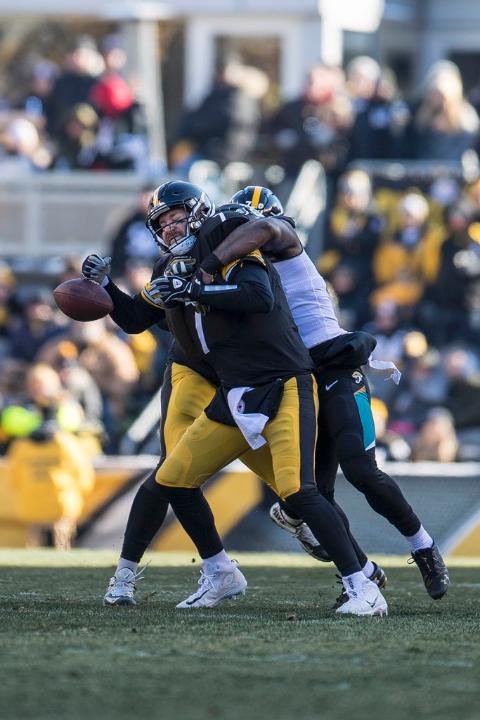 At the time we presented it as an example of how Argentine football fans were taking ownership of their corner of the sport by applying the local slang.

“Choto” is of course an artifact of Argentine lunfardo or slang an refers literally to, ah, um… how you would describe a certain part of the male anatomy that is either too small or comes up short at inopportune times. Harsh though it may be, it accurately describes Ben Roethlisberger’s reaction to Steelers drafting of Mason Rudolph.

Before delving into why, let’s give Ben the benefit of the doubt.

Giving Ben the Benefit of the Doubt. For the Moment

Roethlisberger doesn’t enjoy the threat of being made redundant his job, and in that respect he is no different than you and I. Take things a step further. An NFL quarterback is ultimate alpha male in pro sports.

Moreover, in football, it is impossible for quarterbacks to “share.” There’s no way Mike Tomlin can platoon two quarterbacks the way Bill Cowher paired Jerome Bettis and Willie Parker. Nor can Randy Fichtner develop an no equivalent to the Ray Mansfield – Mike Webster rotation that Chuck Noll employed.

A quarterback with a chip on his shoulder is a quarterback who has the competitive fire burning that’s needed to rally his team late in the 4th quarter. In Spanish they refer to quarterbacks as “mariscal de campo” which translates literally to “Field Marshal.” If that doesn’t quite make sense, think back to Ben Roethlisberger in Super Bowl XLIII and you’ll understand why the term is so fitting.

Even still, that doesn’t let Ben Roethlisberger off the hook.

If you’re reading this, you’ve read or heard Ben Roethlisberger’s words several times on several sites already. No need to rehash them here. But, in keeping with the linguistic theme of this piece, let’s do a little translation exercise with Roethlisberger’s remarks:

Ben wonders if the Steelers brain trust “believed” him when he told him he’d play 3 to 5 years.
Translation: Careful for what you wish for. Ben discussed retirement privately during several off seasons before doing so publically a year ago.

Ben wonders how a player who is going to be way down on the QB depth chart can help win a Super Bowl.
Translation: Ben, like a good alpha male is marking his territory.

Fourth, Ben might “point him to the playbook” if Mason ask for help.
Translation: This 36 year old signal caller is worried Father Time might be darkening his door.

As mentioned above, Ben Roethlisberger’s attitude is partially justified. But if you look closely at Mason Rudolph’s post draft comments, it’s clear that the rookie understands his place in the pecking order and is bending over backwards to make that clear.

That Ben Roethlisberger seems intent on taking the opposite interpretation, almost seems to reveal a little latent insecurity, insecurity unbecoming to a future Hall of Famer who professes a desire to play another 3 to 5 years.

And that’s what’s disappointing about his comments. Or, as Argentines would say, “Choto.”