Sometimes, life is simply unfair. An so it is for the Steelers Jerald Hawkins who tore a quad in non-contact drills during Steelers OTA’s and the offensive tackle could miss the 2018 season if reports of ESPN’s Jeremy Fowler are correct.

The Steelers drafted Jerald Hawkins in the 4th round of the 2016 NFL Draft. By all accounts, Hawkins was having a strong training camp and looked solid in preseason. And the door was open for Hawkins to earn a real shot at playing time, with Kelvin Beachum having departed in free agency, and the Steelers having little proven depth behind Alejandro Villanueva at left tackle. 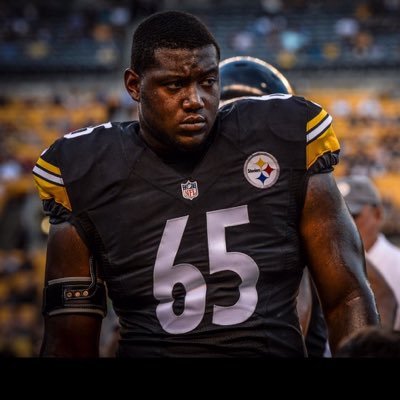 But in an otherwise sterling outing for the Steelers against the New Orleans Saints in preseason, Hawkins got injured and spent his rookie season on IR.

Hawkins had a more difficult time during his second summer in Latrobe, and never mounted serious challenge to unseat Chris Hubbard as the Steelers swing tackle behind Villanueva and Marcus Gilbert. However, as the season wore on, Hawkins saw spot duty as an extra tight end in the Steelers “Big Boy Package.”

The Steelers saw enough in Hawkins to let Chris Hubbard depart in free agency, although it is doubtful that Pittsburgh’s salary cap situation would have allowed them to make a serious play to keep Hubbard in the Steel City.

With all five starters playing on their second NFL contracts, and B.J. Finney and Matt Feiler having proven themselves as compotent backups, the Steelers offensive line was not considered a prime need heading into the 2018 NFL Draft.

The Steelers have learned that lesson the hard way more than once in the Mike Tomlin era, but it appears it is a lesson Pittsburgh’s brain trust has taken to heart. In spite of, a need to upgrade their defense and despite having drafted James Washington and Mason Rudolph in the 2nd and 3rd rounds, the Steelers opted to draft Chukwuma Okorafor, and offensive tackle out of West Michigan with their second 3rd round pick.

In reporting on the Jerald Hawkins injury, 24/7 Sports Jim Wexell shared the observation by Marcus Gilbert that Chukwuma Okorafor is “….learning real fast. He’s probably the most ready rookie that we’ve had, talent-wise.”

OTA Injuries Rare, But Not Unheard Of

OTA’s are, as Mike Tomlin loves to remind us, “Football in shorts.” Guys wear helmets but no pads and are not supposed to make contact. Yet injuries occur.

In May of 1998, Chad Scott was coming off his rookie year and while attempt to defend a Mike Tomczak pass, landed on Three Rivers Stadium’s Tartan Turf and tore his ACL, costing him the season and forcing Carnell Lake to play cornerback in his final season in Pittsburgh.

Two years ago news of Senquez Golson’s MRI caused a stir, although it was not on Golson’s previously injured shoulder, only a “lower body soft tissue injury.” No one ever linked that to the Lisfranc injury that ended the Steelers 2015 2nd round draft pick’s sophomore season, but it certainly served as a harbinger for things to come.