The Pittsburgh Steelers true 2018 off season is here. Now’s when millennials in Steelers Nation get a feel for what January to July used to be like every year until free agency arrived in 1993.

Barring an off the field trouble, they’ll be no Steelers news until late July, so the Watch Tower turns its lights Steelers stories including the 2018 NFL Draft, draft room stories from both today and yesteryear finally seeing the light, the mystery that is Mike Tomlin the OLB shift and much more.

But first let’s turn to a story that’s sat there patiently waiting to be told for close to six months. 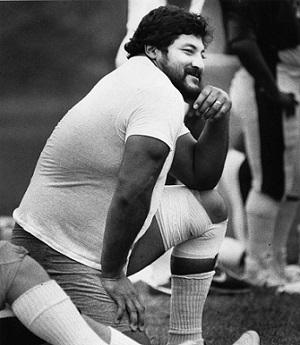 Of Rivera and Shazier – Bouchette Delivers

Ryan Shazier has been the biggest Steelers story since December. The image of Ryan Shazier’s spinal contusion is seared in our collective memory, and nearly every story written about the Steelers has a link, direct or indirect, to that fateful night.

Gabe Rivera is the defensive lineman Chuck Noll drafted while passing on Dan Marino, assuming that he could get his next Terry Bradshaw later in hopes of getting his next Joe Greene in 1983. Not only did Pittsburgh have to wait until Ben Roethlisberger’s arrival 20 years later for its next franchise quarterback, but Gabe Rivera’s NFL career lasted 6 games, after a car accident left Rivera paralyzed.

The Pittsburgh Post-Gazette’s Ed Bouchette changed that this May, by reaching out to Gabe Rivera, to ask him about Shazier, find out how he doing and shed light as to why Steelers fan never hear from him. The Watch Tower doesn’t steal other writer’s thunder, but highly recommends Bouchtte’s article.

The story may have been sitting there in plain sight, but Bouchette went out and told it and for that he wins Watch Tower Kudos.

Who Is Mike Tomlin?

Just who is “Mike Tomin?” Undefeated writer Tom Junod sought an answer reminding readers that “The Steelers head coach has been celebrated and derided but rarely understood.”

Like all NFL coaches, Mike Tomlin has a private side, a side remains hidden when the cameras are running (Antonio Brown’s Facebook Live feed notwithstanding.)

In the spring after the Steelers won Super Bowl XLIII, a Pittsburgh journalist privately told the Watch Tower, something on order of, “I think Mike Tomlin’s a selling himself short as a football coach. He’s such a great leader, he should be a Senator or the President of a company or something like that….” 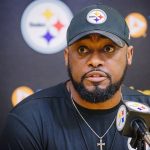 Certainly, there was a lot of love for Tomlin that spring, but that’s not something even the most diehard Tomlin homer would have said. The difference? This journalist had seen Tomlin without the camera’s rolling.

During the season Tomlin speaks with the press less than his contemporaries; even Bill Belichick interacts with the media more frequently. He doesn’t talk to reporters in the off season, except when required. Ed Bouchette shared that he once asked Tomlin to do a non-required press conference earning the retort, “It doesn’t get ME anything.”

Despite that, Junod’s writing is certainly worth reading. While he may have failed to unravel the mystery (or non-mystery as those who work with him daily insist) that is Mike Tomlin, Jundo certainly validates the premise that there is much more to Mike Tomlin than what the public sees and that Tomlin wants it that way.

Insight into Steelers Draft War Room, Past and Present

Is ESPN’s Jermey Fowler a Watch Tower reader? The odds are against it, but he has nonetheless been answering our pleas. Three years ago, the Watch Tower lamented the dearth of stories that provided insight into the Steelers draft process, drawing a contrast with the rich narrative that surrounds the Steelers drafts of the 70’s.

This year Fowler delivered again with an article on the Troy Polamalu trade. As with his article on Brown, Fowler didn’t have much luck getting current Steelers employees to discuss the trade, but he still shed new light on one of the most consequential draft-day trades in Steelers history.

Fast forwarding today, the Steelers 2018 draft class was conspicuous for its lack of an inside linebacker. This move came as a surprise to many, and is still being debated. However, readers of Pittsburgh Steelers 24/7 were probably less surprised, thanks to Jim Wexell’s analysis.

Wexell reminded readers “Steelers GM Kevin Colbert doesn’t say much to reporters, but when he does he tells the truth,” and then pointed to Colbert’s comments to Steelers Nation Radio which clearly indicated the General Manager’s low opinion of the inside linebacker depth in the past draft.

So when the Steelers failed to trade up in the first round, the fact that they focused the rest of their draft elsewhere falls into place. Perhaps other reporters behind paywalls that the Watch Tower isn’t privy to made similar observations, but Wexell’s was right on the money, nearly 6 weeks before the draft.

The decision to swap Bud Dupree and T.J. Watt from right to left OLB is the few bits of true news to come out of Steelers OTAs. Dale Lolley had Jim Wexell had indicated to their readers that this move was coming early in the off season, and addition reporting by Wexell during OTA’s suggests the move is permanent.

Either way the Watch Tower will be looking to see who is right and award its kudos accordingly.

Wrap Up: World Cup, Bryant Trade and Running Back by Committee

In light of Martavis Bryant facing yet another suspension, Ron Cook of the Post Gazette stepped forward and issued a mea cupla, saying he was wrong to criticize the trade. Reporters do that less than they should, so Cook gets some kudos for his honestly.

Sure, you can “re-package” things like taking a Bob Labriola answer to a question about alternatives the Steeles didn’t consider for their 2018 throwbacks and turn it into an article, but is that really offering value to eaders?

Or you can do a deep dive into just how complicated it is to execute running back by committee as Tim Benz of the Tribune-Review did. Or you can likewise try to find a local, Steelers link to World Cup mania by publishing an article on the passing of Matt Bahr‘s father, Walter Bahr, who played on the 1950 US World Cup team that upset England.

Providing value at this time of the year can be hard, yet Benz and an unnamed AP writer did just that, and earn Watch Tower kudos.