The Pittsburgh Steelers begin their 2018 season today at Cleveland against the Browns. Like all other seasons, a Lombardi Trophy will define success or failure. Earlier this week this site laid out 4 key questions the Steelers needed to answer affirmatively to bring up a 7th Super Bowl.

Now, thanks to Le’Veon Bell’s hold out has added a 5th question:

Building a coheshive locker room is critical to winning championships. In his self-titled autobiography, Dan Rooney reflected on Hines Ward’s 2005 holdout by saying he felt the team had the closeness that is necessary for championships. 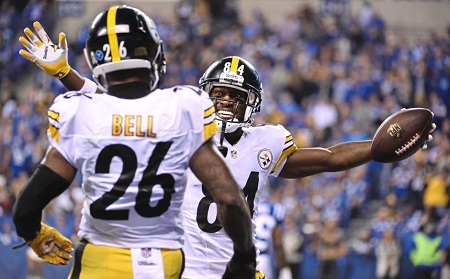 Concerned that contract squabbles could jeopardize this closeness Dan Rooney had Jerome Bettis bring Hines Ward to the Latrobe airport for a one-on-one. The results was that Hines Ward reported to camp, got a new contract, and the Steelers season ended with victory in Super Bowl XL.

Except it wasn’t that simple. The 2005 Steelers faced more than their share of ups and downs, and injuries to Ben Roethlisberger and Charlie Batch and inconsistency on the part of Tommy Maddox led Bill Cowher to start 3 quarterbacks that fall.

Fast forward to 2018. Everyone knows that Le’Veon Bell has refused to sign his franchise tender and is not part of the 2018 Steelers. Until this point, the rest of the Steelers locker room had been neutral, if not supportive of Bell,

But when Bell failed to show up for practice on Wednesday the gloves came off. One by one, from David DeCastro, to NFLPA Rep Ramon Foster to center Maurkice Pouncey criticized Bell.

Pittsburgh 247 writer Jim Wexell made what might have been the defining analytical quote of the 2018 season when he observed: “Losing Pouncey? That’s analogous to Lyndon Johnson losing Cronkite. Google it.”

The Buffalo Bills easily had the most talent roster in the AFC in the early 1990’s, making for straight Super Bowl appearances. They lost each one of them. While the ’91 Redskins and the ’92 and ’93 Cowboys held clear talent edges, Buffalo didn’t help themselves by creating an atmosphere that led them to be labeled as the “Bickering Bills.”

Antonio Brown has extended an olive branch, assuring that Bell will be welcomed as family when he returns. While fans may not be so welcoming, locker room divisions serve no one.

Le’Veon Bell’s eventual return promises to put the later part of Butler’s statement to the test.