Turning points in sports can be curious things. Sometimes you can see them coming. Other times they surprise yet are obvious immediately after the fact. And yet, on some occasions, a turning point can occur yet not be obvious until a long time after.

Everyone immediately knew that Ryan Shazier’s spinal contusion represented a clear season-changer for the 2017 Pittsburgh Steelers. Shazier’s injury impacted the rest of the 2017 season, and arguably every decision the Steelers made during the 2018 off season.

Cam Sutton made his NFL debut that night, and the only turning point that the rookie cornerback’s debut seemed to mark was the one where the Steelers coaches officially reached the point of desperation. 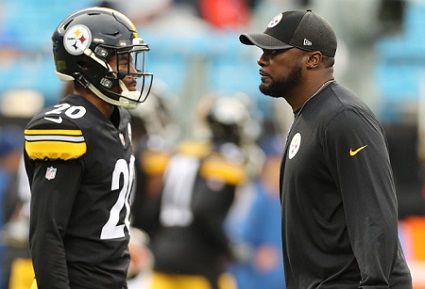 Pittsburgh had lost Joe Haden halfway through the Colts game, since losing Haden the Steelers had given up a 57 yard touchdown pass in every 27 and a half minutes of play. And here were Mike Tomlin, Keith Butler and Carnell Lake, activating to a rookie 3rd round draft pick from IR who’d had all of 6 quarters of preseason experience.

Things are very different going into the second game of the 2018 season. Joe Haden injured his hamstring in the Steelers 21-21 tie with the Browns and is likely to miss the game against the Kansas City Chiefs. Yet no one is panicking.

Kevin Colbert and Mike Tomlin have tried to address the weakness with a mix of high-profile players (i.e. Cortez Allen) and MoneyBall type signings (bringing William Gay back in 2013, signing Brice McCain) with mixed success.

Cam Sutton still must prove himself in his first start, and Artie Burns needs to translate the flash he showed at St. Vincents to Heinz Field, while Mike Hilton can be counted on to continue to deliver.

But if they can accomplish that, then Cam Sutton’s addition to the secondary will have officially marked at turning point for the Steelers at cornerback.