Artie Burns appearance on the Steelers injury report prior to their 2018 home opener promises to put Pittsburgh’s secondary depth to the test.

There’s a certain symmetry about these things, as just Thursday this site suggested that the Steelers might have turned a corner at cornerback. The thinking was, that with Joe Haden out with a hamstring injury, the Steelers were in good hands with Cam Sutton starting in his place. Such is the life of a blogger.

And that panic was justified. Coty Senasbaugh started in Haden’s place, and the Steelers sieve like secondary started giving up 50 yard plus touchdown passes roughly once a half. All of that wasn’t Coty Sensabaugh’s fault, but he certainly marked a step down from Joe Haden. 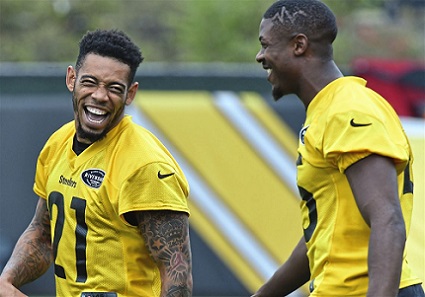 With the Steelers potentially sitting their number one and number two corners, it is not hard to image Andy Reid licking his chops at having Patrick Mahomes send Tyreek Hill.

Tyreek Hill specializes in long touchdowns, although per Gerry Dulac’s research in the Pittsburgh Post Gazette, the Steelers defense has done a good job of containing him. In three games against the Steelers, Hill has just 14 catches for 85 yards and 5 rushes for just seven yards.

Sean Davis has moved to from strong to free safety, while Morgan Burnett and rookie Terrell Edmunds are splitting the strong safety duties. The Kansas City Chiefs figure to put Keith Butler’s new dime, quarter, and dollar alignments to the test.

Other Steelers vs Chiefs Injury News – Big Ben Back, DeCastro Out

Ben Roethlisberger missed the first several days of practice leading to speculation that Joshua Dobbs might get his first NFL start against the Chiefs.

David DeCastro, who broke his hand in the 21-21 tie against the Browns, however will miss the name. The Steelers will start B.J. Finney in his place. The Steelers also got some good news on the injury front as Vance McDonald practiced for the first time since the beginning of training camp, although it is unclear whether McDonald or Jesse James will start.

Mike Tomlin holds a 4-2 record over Andy Reid, and the Steelers overall record vs the Chiefs is 23-11, with Pittsburgh holding a 11-7 edge at home. The Steelers have won the last three meetings, and Kansas City has not won in Pittsburgh since 1986…