Taken from a gradebook of a teacher who heard all the right things about the ½ his class that went to summer school and now wonders if it was all a mirage, here is the Pittsburgh Steelers Report Card for the 42-37 loss to the Chiefs. 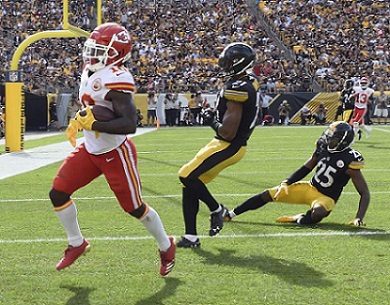 Quarterback
Fantasy owners how started Ben Roethlisberger were likely pleased by the quarterback’s 39-60-452-3-0 with one sack and no fumbles performance. And to be sure, Big Ben was far better in week 2 than in week 1. But too many of Ben’s passes were either high, overthrown or just off target, and that fact is obvious in the Steelers 3-11 3rd down conversion rate. The Steelers got a good game from Ben on an afternoon when perfect was necessary. Grade: B-

Running Backs
James Conner ran 8 times for 17 yards while Stevan Ridley ran once for 2 yards. Conner caught 5 passes on 5 targets. Roosevelt Nix caught 1 pass for 19 yards. Teams that fall behind by 21 points in a quarter don’t rely on rushing the ball much, but Conner also didn’t do much with the opportunities presented to him. Grade: C

Tight Ends
Jesse James had 5 balls thrown his way an caught each one of them to lead receivers with 138 yards. At a point in the game when nothing seemed to go Pittsburgh’s way, Jesse James showed he clearly came to play. Vance McDonald made his first appearance of the season, and had 3 catches on 5 targets. Tight ends were one clear bright spot. Grade: B+

Wide Receivers
Like James, JuJu Smith-Schuster came to play and delivered when things looked bleak, leading all wide receivers with 13 for 121. Ryan Switzer had one catch on one target, while James Washington had 1 touchdown catch on 5 targets. Antonio Brown had 9 catches for 67, yet his visible pouting was the exact opposite of what the team needed, especially given the 17 targets he enjoyed. That brings the group grade down. Grade: B-

Offensive Line
The stat sheet says that Ben Roethlisberger was only sacked once and only hit 3 times. And it is true that the Big Ben had ample time to throw on numerous occasions. However, there were other times early in the game when he was rushed and those possessions ended in punts. And the lone sack came on the drive after the Steelers defense had scored a safety, and helped kill any momentum. The Chiefs also registered 5 tackles behind the Steelers line of scrimmage.

If ever there was a day when the Steelers NEEDED their offensive line to dominate up front to set the tone, it was the Chiefs game. The line failed to do that. Grade: C-

Defensive Line
Six Chiefs touchdown passes and make it easy to miss the struggles the Steelers defense had on the ground as evidenced by Kareem Hunt’s 4.2 rushing average. Worse yet, the Chiefs gained 9 yards on the first carry of their final drive in a situation when the Steelers KNEW they were going to run. Grade: D

Linebackers
The Steelers linebackers didn’t pressure Patrick Mahomes, couldn’t stop the run, and couldn’t keep the middle of the field covered. Jon Bostic did have a nice tackle for a loss and T.J. Watt did pressure Mahomes into a hurried throw that fell incomplete. Bud Dupree and Vince Williams were non-factors. Grade: F 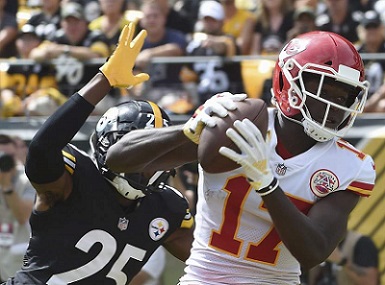 Secondary
Wow. No areas of the Steelers defense got more attention in the off season, as the secondary was the subject of coaching, position and personnel changes. And yet, the Steelers secondary was easily the worst unit on the field against the Chiefs. Artie Burns gave up 3 touchdown passes, although one may not have been his fault. Terrell Edmunds missed a key tackle. Morgan Burnett added noting. Sean Davis, Mike Hilton and Cam Sutton all looked bad. Grade: F-

Special Teams
How bad were the Steelers special teams? Chris Boswell missed both a field goal and an extra point and even together two plays do not provide the unit’s key lowlights.

Ryan Switzer did have one very nice kick return, but special teams set up Kansas City scores and sabotaged offensive opportunities – the exact opposite of what they should do. Grade: F 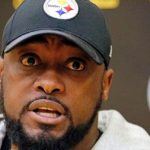 Whether it is because of execution or play calling, the Steelers offense has now started slowly in two games and sputtered at critical moments in the fourth quarters of games.

…But the Steelers offense was hardly in a normal situation against the Chiefs. Losing Ryan Shazier dealt a devastating blow to the Steelers defense, but Kevin Colbert, Mike Tomlin and Keith Butler have had 287 days to react to that loss.

In that time the Steelers have made numerous changes and position scuffles, and designed and deployed any number of subpackages and schemes all aimed at improving the defense.

The Jacksonville Jaguars may have scored 45 points last January, but the defense scored 7 and set up another touchdown with a turnover. Whatever Mike Tomlin and Keith Butler had planned for the Steelers defensive game plan, it failed miserably. Grade: F

Unsung Hero
It was a rough day, but after special teams and offensive penalties ruined the chance to capitalize on the safety, all appeared lost. Yet one man stepped up and make a heads up lay by forcing a fumble, which gave the Steelers new life, and that player was Cam Heyward and for that he is the Unsung Hero of the loss to the Chiefs.