When the schedule came out this game seemed like a no-brainer for Prime Time. The Pittsburgh Steelers were scheduled to face off against the Jacksonville Jaguars in a rematch of the Jaguars January 2018 upset of Pittsburgh at Heinz Field. 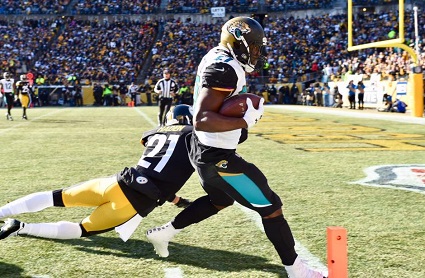 But, given the resurgence of the Chicago Bears and the consistent play of the Minnesota Vikings, the NFL has decided to shift that game into Prime Time, leaving the Steelers to play at Jacksonville at 1:00 pm. Most Steelers fans will be a tad bit disappointed at this because the Steelers play their best in Prime Time and because there’s no better showcase for such a revenge rematch.

As alluded to earlier, those of us who live ahead of the Eastern Time Zone wholeheartedly endorsed Art Rooney II’s concern about the Steelers playing too many night games. But our reasons are far more selfish. Before the US changes its clocks in the early fall, Sunday, Monday and Thursday Night games end at around 12:00 midnight. Not ideal, but still workable.

That gets harder as the years go by. It is true that the Steelers do seem to bring a little something extra in Prime Time, but it is also true that the Steelers ability to beat the Jaguars will be determined by Ben Roethlisberger‘s ability to connect with Antonio Brown, JuJu Smith-Schuster and Vance McDonald; the offensive line’s ability to open holes for James Conners (and Le’Veon Bell?), and above all the ability of Cam Heyward, Stephon Tuitt, Javon Hargrave, Vince Williams, and T.J. Watt to contain Leonard Fournette and pressure Blake Borttles (or perhaps Landry Jones?)