Wouldn’t you know it? Just as it became clear that the Steelers were indeed passing too frequently, James Conner gets injured leaving Mike Tomlin and Randy Fichtner no other choice but to put the success of the Steelers offense on Ben Roethlisberger’s shoulders.

Tony is hardly the first person to mention that, as all sorts of statistics have been thrown around over the last week or so correlating Steelers losses to high number of passing attempts from Ben Roethlisberger.

But does that really mean that Ben Roethlisberger plays worse the more he throws? And if so, how much is too much? Let’s see what the numbers say…. 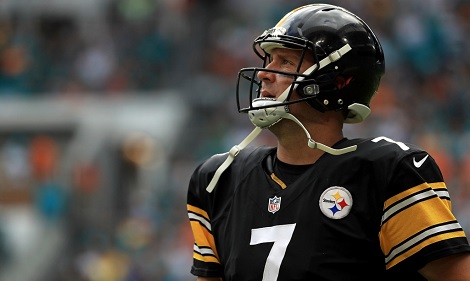 Numbers do not lie. But if viewed without the proper context, numbers can certainly mislead. For example, the Steelers are 2-6 when Ben Roethlisberger throws between 50 and 59 passes. So that must mean that Ben Roethlisberger is getting getting sloppy and taking too many risks, right?

There are a lot of factors that fall outside a quarterback’s control, such as defensive or special teams breakdowns, that can easily force him to pass a lot. In fact, if you take a deeper look at the numbers, you will see that Ben Roethlisberger’s performance often dips after he passes a certain threshold – however, there are some very interesting exceptions.

Ben Roethlisberger has averaged 33 passes per game during his career. As my graduate school statistics teacher told me, the average represents the balance point of the data, so we’ve broken down Ben’s performance on both sides of those numbers.

Ben Roethlisberger’s career passing statistics above and below 33 attempts.

As you can see, the difference is pretty stark.

The really interesting thing is that while Ben’s performance drops a bit after he crosses the 33 pass threshold, the drop off isn’t that dramatic. Yes, a little more likely to throw an interception, but he’s also throwing more touchdowns.

That may be interesting, but it doesn’t give much insight into Ben Roethlisberger’s performance in must-pass situations. To get that insight, you need to dig deeper into the numbers:

Ben Roethlisberger is .500 in games where he’s thrown over 60 passes, but he’s only done that twice, once last December against the Ravens where the Steelers won at the buzzer on a Chris Boswell field goal and earlier this season against the Chiefs when the Steelers defense couldn’t cover to save their lives.

The Steelers record jumps to a 50/50 proposition, and Ben Roethlisberger’s passer rating is actually above his career average. 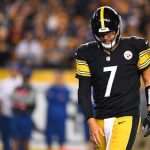 Ben Roethlisberger has had his ups & downs in ’18. Photo Credit: Getty Images, via New York Post

No, not really. It is probably more of a statistical aberration, as you can see the same trend at work in the 30’s, although the Steelers are winning far more of those 30 to 34 passing attempt games.

The Steelers, of course are at their best when Ben Roethlisberger is throwing fewer than 30 passes. But, while Ben’s passing statistics are better, that success is also indicative of other things going well.

A good chuck of those games came when Roethlisberger had the likes of Jerome Bettis, Le’Veon Bell and/or Willie Parker to help ease the load on offense. He also had Troy Polamalu, James Harrison, Ike Taylor and Aaron Smith to keep opposing quarterbacks in check. There’s also the simple fact that when you’re defending a lead, it is easier to relay on shorter, higher percentage passes.

Steelers Still Need to Air it Out, But with Caution

During the 2018 off season a vocal contingent of Steelers Nation called for the Steelers to embrace running back by committee. Well, careful what you wish for ladies and gentleman…..

While Jaylen Samuels, Stevan Ridley and Trey Edmunds certainly offer potential, it is difficult to see their combined efforts matching what a healthy James Conner brings to the offense.

Ben Roethlisberger is going to have to throw it early and often. Antonio Brown, JuJu Smith-Schuster, Vance McDonald, Jesse James and James Washington are going to have to make an extra effort to stay on the same page.

The number show that throwing over 33 passes doesn’t necessarily spell doom for the Steelers. And, while it is hard to prove with statistics, often times Ben Roethlisberger tries to do too much, but if he can resist that temptation, then the 2018 Steelers can still salvage a playoff run.