You know the old refrain by now. Yes, Mike Tomlin, the Steelers head coach since 2007, has won a Super Bowl (Super Bowl XLIII, following the 2008 season), but he won that Super Bowl with the talent bequeathed to him by Bill Cowher, who passed on to the great network in the sky and became an NFL studio analyst for CBS.

He simply stepped into the perfect situation with so much stock-piled talent (and let’s not forget about a coaching staff that included Dick LeBeau as his defensive coordinator), and not only did he auto-pilot Pittsburgh to a Super Bowl in just his second season at the helm, he road the team’s coattails to another Super Bowl appearance two years later. 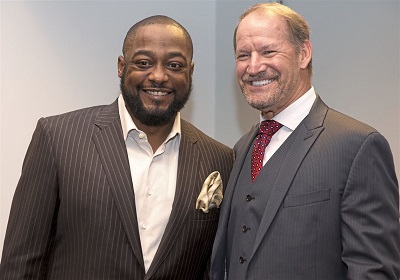 Unfortunately, after Mike Tomlin squeezed every last ounce out of Bill Cowher’s players and coaching staff, he’s been unable to duplicate the same success with his own talent and a coaching staff that he mostly hand-picked. (By the same token, Kevin Colbert is only able to win Super Bowls with Tom Donahoe’s talent, but that’s another rant.)

You know the old refrain by now. Despite having Super Bowl-level talent–the very best talent in the league, they say–all of these years, Mike Tomlin has wasted the latter portion of Ben Roethlisberger’s career by failing to bring home a seventh, eighth and possibly even a ninth Super Bowl.

Many say that Mike Munchak, the Steelers universally loved and respected offensive line coach, should replace Tomlin as head coach. Why? Look at what he did as head coach of the Titans. Over a three-year period, Munchak some how, some way managed to squeeze 22 wins out of a roster that wasn’t nearly as talented and Super Bowl-capable as the one Mike Tomlin has had to work with since he exploited Bill Cowher’s talent and then hand-picked his own awesome talent.

What about that John Harbaugh, the tough-as-nails head coach of the Ravens? Sure, he’s only made the playoffs twice and has just one postseason win since guiding his team to a Super Bowl victory following the 2012 campaign. But look at the inferior talent Harbaugh has had to work with all these years.

Of course not. No team in the NFL has been able to assemble the level of talent the Steelers have put together in recent years. As has already been established, Pittsburgh’s roster is really, really talented–the best in the league, they tell me.

All of these other head coaches–Harbaugh, Munchak, heck, even Bill Belichick–have been doing more with less, while Mike Tomlin has–and I simply can’t emphasize this enough–done less (much, much less) with more.

What does this all mean? I think it’s obvious. It means Mike Tomlin has been a fraud all along, and once Bill Cowher’s Super Bowl talent pool ran dry, he was exposed for his coaching incompetence, this despite once again having Super Bowl-level talent.

If Mike Tomlin can’t do more than he’s done with all of this Super Bowl talent, the Rooney family owes it to the fans to find a coach who will step right in and guide this incredible roster–the very best in the NFL, I hear–to a title.

That’s right, the Steelers need a man who can take Mike Tomlin’s players — the very best the league has to offer –and win a Super Bowl with them.

It would be the perfect situation for any head coach to step right into.