Mike Tomlin has reached a turning point in his tenure as Steelers head coach. Ironically, to meet this challenge he might need to look to a lesson offered by his biggest nemesis.

The story on the 2019 Steelers revolves around Antonio Brown and Le’Veon Bell leaving town. Oh, and so does Morgan Burnett, in case you’re taking notes.

Sure, 2018 was the year Pittsburgh FINALLY won a December show down with the Patriots, but since then, the Steelers have produced a steady stream of bad news. While he isn’t 100% responsible for the Steelers slide, Mike Tomlin must be the man to stop it.

And a big part of that solution just might come in the form of a lesson that Bill Belichick learned a long time ago.

What to Blame, and Not Blame Tomlin For

Coaches, like quarterbacks often get blamed for things beyond their control, while successes get ignored. The Pittsburgh Post-Gazette’s Joe Starkey column on why he shifted his stance from a Tomlin defender to a Tomlin critic illustrates this:

Let’s deconstruct Starkey’s argument, point-by-point. The Jacksonville playoff debacle WAS bad. I don’t absolve Tomlin entirely of this, but what was the ugliest element of the loss? How about Pittsburgh’s piss-poor tackling?  The Steelers defense made strides in 2018, and improved tackling was one of them. 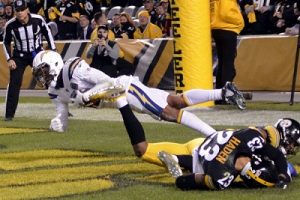 The Steelers 2019 late-season collapse was hard to stomach. But, as cataloged in our Steelers 2018 season review, so much of that meltdown came down to untimely passes picked off, fumbles at critical moments, dropped interceptions and a smattering horrendously bad calls.

As I observed at that time, Mike Tomlin erred badly by keeping Joshua Dobbs in after Ben Roethlisberger was cleared to play. The mistake cost the Steelers the playoffs and perhaps their last, best shot at Lombardi Number Seven in the Roethlisberger era.

That’s a complex question that Mike Tomlin, fairly or unfairly needs to find an answer for. And to find it, Mike Tomlin might be wise to look to Bill Belichick’s past.

Victors write history. That reality makes it easy to understand when everyone forgets one fundamental fact:

He was so bad that I once wrote a long-form article on Behind the Steel Curtain detailing how the Steelers once actually OWNED Bill Belichick. Alas, instead of sparking conversation into what fueled Belichick’s transformation, the post article conversation article devolved into a Spygate debate.

And came from a network commentator who said that Bill Belichick felt his mistake in Cleveland was to hold different players to different standards, an error he vowed not to repeat in New England. 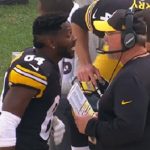 And as he reaches the turning point in his tenure with the Steelers, Mike Tomlin might be wise to take that lesson to heart. It says here that Mike Tomlin takes ZERO responsibility for Antonio Brown:

But as Jeremy Fowler depicted, Mike Tomlin let Antonio Brown both bend and break a lot rules. Some of this might have been necessary.

Mike Tomlin’s been managing Antonio Brown’s diva tendencies since Day One. Remember Brown’s first NFL play, the touchdown on a kick return vs. Tennessee? Brown sat on the bench next week, as Tomlin talked of “Two dogs and one bone.” Tomlin benched Brown after Brown quit after an interception late in the 2013 loss to the Patriots. Yet Tomlin massaged Brown ego by allowing him to keep his receiving streak alive against Jacksonville a few years back.

Le’Veon Bell reported refused to answer Tomlin’s phone calls, and James Harrison protested his lack of playing time in 2017 by mailing it in. There’s a pattern developing in Pittsburgh and Mike Tomlin must break it. 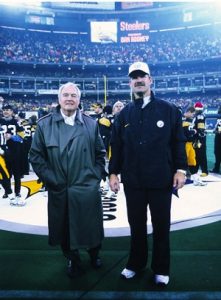 Chuck Noll faced two. First came when the NFL moved the draft to after the Super Bowl to late spring. Although no one saw it at the time, as Ed Bouchette documented in a Dawn of a New Steel Age, the move allowed Noll micromanage the scouting process, to the detriment of the Steelers drafts.

Chuck Noll resisted but relented, and while he never returned to a Super Bowl, the 1989 Steelers did give the Emperor one last Hurrah.

Without naming names, Lee Flowers called out teammates for quitting, and the 1999 season ended in a sloppy loss to the Tennessee Titans that featured Bobby Shaw flashing a Superman t-shirt after a garbage time touchdown, and Levon Kirkland getting muscled out of bounds by Neil O’Donnell on an interception return.

Mike Tomlin isn’t feuding with Kevin Colbert, but he must establish firm control of the locker room in 2019. Tomlin is reputed to say he treats everyone fairly, but not equally. Tomlin, it would seem, needs to tweak that.

When he showed up for the Bengals game, Antonio Brown issued a clear challenge to Tomlin’s authority, daring his coach bench him with the playoffs on the line.

Tomlin didn’t blink, which if nothing else could mark Tomlin’s pivot in Pittsburgh.