With the conclusion of the 2019 NFL Draft, one may wonder how well the Pittsburgh Steelers did in terms of improving their team for a championship run.

As is always the case this time of year, the opinions on that are mixed. But what about specific needs? Did Pittsburgh adequately address every single one?

And it would be foolish to expect a team to do that anyway–at least not with high draft picks. Coming into the draft, the three biggest needs were believed to be inside linebacker, cornerback and wide receiver. And that’s why it was no surprise — despite general manager Kevin Colbert’s annual mantra of not necessarily drafting by need — that the Steelers used their first three draft choices to address those areas of their team.

On Thursday, the Steelers sent a 2019 second-round pick and a 2020 third-round pick (along with their own first-round pick, of course) to the Broncos in-order to move up in the first round to select Michigan inside linebacker Devin Bush with the 10th overall pick. 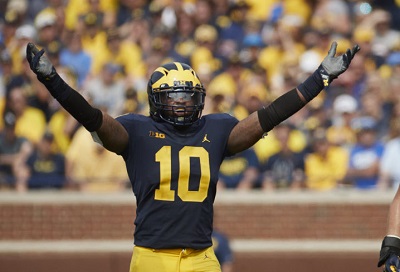 On Friday, the Steelers used their first of two third-round picks (the one acquired from the Raiders in the Antonio Brown trade) to select receiver Diontae Johnson out of Toledo. With their original third-round draft pick, the Steelers took cornerback Justin Layne out of Michigan State.

“What about the depth at outside linebacker, safety, running back and tight end?” asked many fans following the first three selections.

But as the title of this article suggests, you can’t hit every team need with every premium (first, second or third-round) selection. Some may say, then, that it was a mistake to part ways with this year’s second-round pick in-order to move up and get Bush.

Fine, but then you don’t get Bush. You likely spend your first-round pick on another position–probably cornerback–and use a second or third-round pick on a lesser talent at the inside linebacker spot.

Some argue that, instead of drafting Benny Snell Jr., a running back out of Kentucky, in the fourth round, the Steelers should have addressed the depth–or lack thereof–at outside linebacker. The theory is you can get a number three running back–with James Conner and Jaylen Samuels firmly affixed at the top of the running back depth chart, that appears to be Snell’s ceiling at the moment — much later in the draft — or even as an undrafted uookie free agent.

True, but it all depends on how much Kevin Colbert and the coaching staff value depth at running back, a position that has been decimated by injuries at playoff-time in recent years.

It also depends on what they think of the depth at outside linebacker behind T.J. Watt and Bud Dupree. It’s safe to say they already know what they have in Anthony Chickillo, a former sixth-round pick out of Miami who was converted from a defensive end. As for Keion Adams (a seventh-round pick in 2017) and Ola Adeniyi (an undrafted free agent in 2018), the coaches see them every day in practice.

As for the rest of the draft, if you think Vance McDonald is your number one tight end heading into 2019–and based on his production and salary, there’s no reason to think he isn’t — it wouldn’t seem wise to spend a high pick on one, hence the selection of Michigan’s tight end Zach Gentry in the fifth round. Based on Gentry’s college production, his ceiling screams number two or three tight end.

When it comes to the final four picks, which include an undersized edge rusher (Sutton Smith out of Northern Illinois), a defensive tackle (Isaiah Buggs out of Alabama), another inside linebacker (Ulysees Gilbert III out of Akron) and an offensive tackle (Derwin Gray out of Maryland), most likely, you’re hoping for a couple of special teams demons and some depth in the trenches.

No draft is perfect, and no team is ever going to have one that is universally loved by the experts and fans alike. All you can hope for is that a team addresses its most pressing needs early.

The Steelers appear to have done that in the 2019 NFL Draft. Did they address those needs with the right players? Only time will tell.