Before the the ink of 7th round draft pick Derwin Grey’s draft card had time to dry, the Steelers went right to work in signing their 2019 Undrafted Free Agent Rookie class. 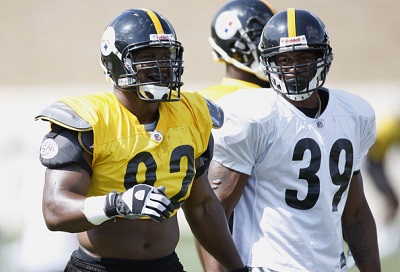 These are the young men who wait in vain by the phone on draft day, only to get a call when it is all over offering their NFL dream a line line.

It is also interesting that they added two specialists, in the form of Ian Berryman, a punter out of Western Carolina, and a place kicker, Matthew Wright.

The Steelers resigned Jordan Berry in free agency, so Berryman could be just an extra leg for training camp, but they could also be bringing Berryman in to provide real competition for Berry. Matthew Wright’s signing is more interesting.

But they also have Matthew McCrane under contract to provide training camp competition. It’s been normal for the Steelers to bring two kickers to St. Vincents, but three? Time will tell.

Undrafted rookie free agents face the longest of odds for realizing their NFL dream. Their the NFL version of Rudy, he of Hollywood fueled Notre Dame folklore glory.

It is a good bet that at least one of the men listed above will not make it to St. Vincents this summer. But Mike Tomlin is fond of saying that when you get to Latrobe, the Steelers stop caring about where you went to school or how you got there, and start focusing on what you do while you’re there.

And the Steelers are true to their word. Ramon Foster arrived that way in 2009, and is now on his third (or perhaps 4th) NFL contract. Fellow offensive lineman Matt Feiler and B.J. Finney also arrived as UDFA’s and play pivotal roles on the unit.

And of course there’s Willie Parker and James Harrison, who both arrived in St. Vincents as undrafted rookie free agents and both made dramatic, game changing plays in Super Bowl XL and Super Bowl XLIII.

The Pittsburgh Steelers promise to give undrafted rookie free agents a fair shot, and they mean it.