The Steelers opened night two of the 2019 NFL Draft as spectators having traded their second round pick to the Denver Broncos to draft Devin Bush, but used the Raiders 3rd round pick they obtained from the Antonio Brown trade to pick Diontae Johnson, the wide receiver from Toledo. 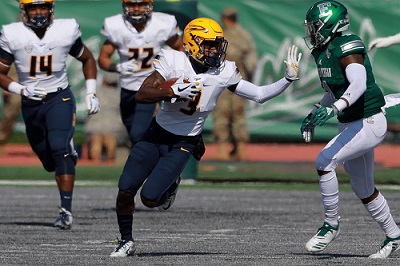 Bill Nunn Jr., the legendary Steelers scout who helped Pittsburgh discover players like L.C. Greenwood, Mel Blount and John Stallworth always admonished, “Never draft a player higher than you need to.” (Indeed, Chuck Noll wanted to take John Stallworth ahead of Lynn Swann and Jack Lambert in the Steelers famed 1974 Draft but Nunn convinced Noll that Stallworth would sit on the board – he did.)

According to Pittsburgh’s wide receiver coach Daryl Drake, the answer is a resounding “No.” Drake expanded:

…there were so many coaches I know who were at that Pro Day, and everybody raved about this kid. So he probably would not be around. I know for a fact that Tampa Bay was going to take him with their next pick, and I got cussed out by the Tampa Bay head coach who called me some names for taking him because that was his guy.

So if Drake did in fact get that tongue lashing from Tampa, it would have come from Bruce Arians, who does know a thing or two about coaching quality wide receivers (although Arians did want to cut Antonio Brown).

The knock against Diontae Johnson is that he didn’t have impressive workout numbers from the NFL Scouting Combine. Drake addressed this issue head one declaring, “To me, speed is overrated.”

He then went on to cite a number of wide receivers, including Larry Fitzgerald, Jerry Rice, and Hines Ward who were “4.5” guys, yet could play football. Here’s Dionte Johnson’s tape:

Those are impressive highlights, although the quality of defenders he’ll face will be exponentially higher in the NFL. Still, the same could have been said about Antonio Brown, who played at Central Michigan, and had a Combine 40 time of 4.56 compared to Dontae Johnson’s 4.53.

Diontae Johnson doesn’t give Ben Roethlisberger the coveted tall target he seeks, and with JuJu Smith-Schuster, James Washington, Eli Rogers and Donte Moncrief ahead of him, he won’t automatically get playing time due to his status as a 3rd round pick.

However, Diontae Johnson’s arrival in Pittsburgh could very well leave Ryan Switzer looking over his shoulder, as Diontae Johnson has kick return experience.