A year ago, everyone predicted a defensive draft for the Steelers. They didn’t get one. In 2019 the refrain remained the same and Kevin Colbert and Mike Tomlin delivered, using their third 6th round pick on defense, as the Steelers drafted Ulysees Gilbert III, Inside Linebacker, Akron.

Ulysees Gilbert III played for four years at the University of Arkon, appearing in 45 games, making 475 tackles and recording 8.5 sacks. As a Junior he had 3 interceptions, including on pick six and deflected 4 passes. 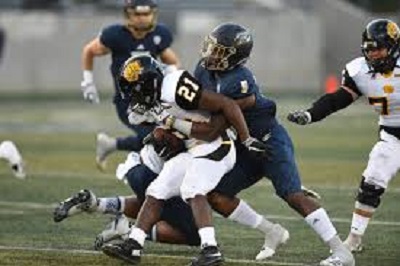 While Ulysees Gilbert will need to prove that he can play in Keith Butler’s defense, to secure a roster spot he’ll need to show he can make an immediate impact on special teams.

Vince Williams, Mark Barron and 1st round pick Devin Bush have locks on roster spots at inside linebacker. Jon Bostic will likely prove to be difficult to dislodge. However, Tyler Matakevich should probably be looking over his shoulder this evening.

A year ago coaches were talking up Tyler Matakevich and penciled him as the top candidate to replace Ryan Shazier. Fast forward 12 months, and the Steelers have just made the boldest draft day trade in franchise history to pick someone at his position, and then their penultimate pick at inside linebacker.

But as Olsavsky clarified what the Steelers really liked about Gilbert was “His movement. He could really cover a lot of ground, sideline to sideline and he’ll hit you. That’s what we look for. If you like to run around and hit people, you know you’re good for us.”

Here is a clip of highlights from Ulysees Gilbert’s junior year, which statistically speaking was his best:

Gotta love the retro look with the black and white film.