Art Rooney II used the opening of training camp to dispense with any potential distraction about Mike Tomlin’s future in Pittsburgh with a contract extension. However, the absence an extension for Kevin Colbert remained a bit of a mystery.

The mystery lasted little more than 24 hours, when Art Rooney II told Gerry Dulac of the Pittsburgh Post-Gazette,  “At this stage of the game, he’s really not looking to do any long-term planning. We talked and we agreed he’d rather wait till after the season to talk about the contract.”

Colbert however quickly clarified the situation, going on Steelers.com to confirm that he has no plans to leave the organization nor is he angling towards transitioning out of his current role. At age 62, however, he’s simply not making long-term plans. 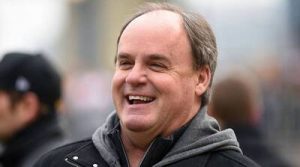 The fact that Kevin Colbert’s status with the team could become a situation he evaluates yearly has been reported throughout the 2019 off season by reporters such as Ed Bouchette, Gerry Dulac and Jim Wexell, among others.

Sometimes When You Smell Smoke, There Really Is Fire – But Not Now

While the internet and social media have loosened things up to a point, the NFL remains a tightly managed product. There’s a lot that goes on behind closed doors that even the most engaged fan is unaware of.

Shortly after the AFC Championship loss to the Patriots, sniping between Ben Roethlisberger and Antonio Brown Who began, through surrogates in the press. Yet, the public was told that nothing was wrong. We know now that things were different.

But this isn’t one of them. If Art Rooney II and Kevin Colbert say that everything is fine, then Steelers Nation should take them at their word.