Last Monday, I was doing my podcast for Behind The Steel Curtain, when some joker came into the live chat and wrote something along the lines of: “The Steelers can’t fire Tomlin because of a race quota.” Friday night, I was out at a local establishment, waiting for a personal pizza I just ordered and having a drink while I watched the University of Pittsburgh defeat Syracuse. As I was getting annoyed with Pitt’s ongoing habit of almost blowing substantial leads, I overheard a conversation between the bartender and a couple of gents from the Washington D.C. area. They were discussing Steelers head coach Mike Tomlin and the rumors surrounding the interest Redskins’ owner Daniel Snyder may have in him as his next full-time head coach. The gents from D.C., not fans of Snyder at all considering the number of four-letter words they used to describe what he’s done to the once great Redskins franchise, were amazed and excited about these rumors they hadn’t actually heard up until then.

When they asked the bartender about his thoughts on Mike Tomlin, he wasn’t over the top critical, but he did suggest that the coach’s time and message may have expired in Pittsburgh. But he also said — and this is what inspired me to write this here article — “You see, the Steelers really can’t fire Tomlin because of the Rooney Rule, but if they trade him, it really won’t look so bad.” I was going to pipe up and tell him how foolish that thought-process was, but I didn’t want harm to come to my late-night dinner. I’ve sat and listened to many people say the same thing over the years about how Art Rooney II, the team president and majority owner, is constrained by the Rooney Rule, a policy championed in the early-2000s by his legendary father and former team owner, the late Dan Rooney, requiring all teams to interview at least one minority candidate for vacant coaching jobs. First of all, this ignores the indisputable fact that Tomlin, who was named the Steelers new head coach in 2007 following the resignation of Bill Cowher, wasn’t a Rooney Rule hire. How do I know this? The late Mr. Rooney said so many times. 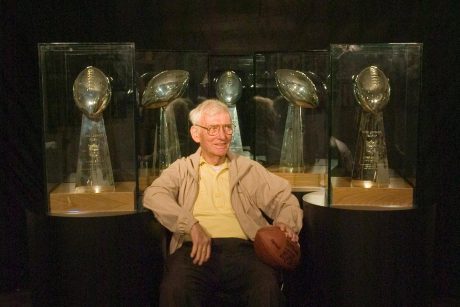 Yet, people continue to gloss over that very important nugget for some reason. That’s right, Dan Rooney, one of the most influential owners in NFL history, a man who was universally respected among his peers for helping turn the league into the billion-dollar business it is today, made sound decisions on just about everything….except that time he hired the black coach. Please. So, the Steelers, one of the most successful and popular sports franchises on the planet — an organization that became such a marquee name because of getting it right on so many pivotal decisions — is now reduced to saving face for the sake of a rule that is named after Dan Rooney? Think about it. If the Steelers really were that concerned about the Rooney Rule and their public image, why wouldn’t they just go out and hire another African American to be their next head coach? After all, as this rule has helped to reveal over the past 15 years or so, there are certainly many qualified minority candidates, people who are now frequently hired as head coaches and coordinators based on merit. Race isn’t so much an issue anymore when it comes to head coaches in the National Football League. That is what Dan Rooney wanted when he championed this interview policy in the first place. To be clear, the rule doesn’t mandate that minorities be hired for vacant coaching positions. It mandates that they be given an opportunity to be interviewed. The Steelers are in the business of winning football games and championships. They’re not in the business of saving face due to things like the Rooney Rule. If and when it becomes obvious that Mike Tomlin shouldn’t remain as head coach, the Steelers will do what they’ve always done. To think anything else is just absurd.

6 thoughts on “Would the Rooney Rule Keep the Steelers from Firing Mike Tomlin? Don’t be Absurd”