On the night of Monday, September 16, right after it was announced that the Steelers had traded their 2020 first-round pick to the Dolphins for safety Minkah Fitzpatrick, I texted this news to my uncle.

He replied, “Haha, he sucks!” When I retorted with how he was the only fan who was reacting that way — the Internet was going crazy about it in the most positive way possible — my uncle texted back, “Ryan Fitzpatrick is washed up.”

After all, coming just hours after it was announced that quarterback Ben Roethlisberger was going on the Injured Reserve list and would miss the rest of the 2019 season after suffering an elbow injury that would require surgery, one might assume any major trade Pittsburgh made would involve acquiring a veteran quarterback.

No, maybe not someone like Ryan Fitzpatrick, but certainly a passer of some pedigree, a player who could possibly step in and salvage a season that had started out 0-2 and, with the loss of the franchise quarterback, seemed destined to go downhill very fast. 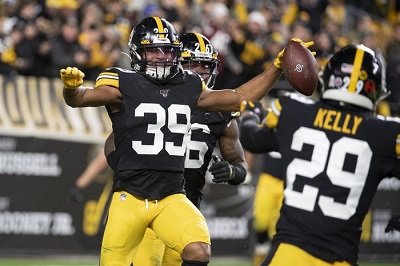 But the truth was, despite his lack of experience as a professional, the Steelers were quite confident Mason Rudolph, the second-year quarterback from Oklahoma State, could step in and lead the offense (whether or not this confidence was justifiable is still up for debate).

What they weren’t confident in, however, was the back-end of their defense, especially after free safety Sean Davis suffered a shoulder injury that, like Ben Roethlisberger, would require a lengthy stay on the IR.

Therefore, when Fitzpatrick, who was selected by the Dolphins with the 11th -overall pick of the 2018 NFL Draft, voiced his displeasure with Miami’s desire to tank the 2019 season in-order to obtain the highest 2020 draft pick possible and demanded a trade, the Steelers pounced.

That’s right, in an era when doing very un-Steeler-like things has become the new Steeler Way — and just months after trading several draft picks to the Broncos in order to move up to the 10th spot to select inside linebacker Devin Bush in the 2019 NFL Draft — Pittsburgh offered the Dolphins a deal they simply couldn’t refuse.

It was a risk, and, quite frankly, it didn’t make much sense at the time, not when it appeared the 2019 season was headed for disaster, and it looked like Pittsburgh’s 2020 first-round pick would likely be a premium one.

Why go all-in in a season that didn’t figure to finish anywhere near Hard Rock Stadium in Miami, Florida, the site of Super Bowl LIV?

While the winning didn’t start soon after Minkah Fitzpatrick’s arrival, you could definitely see a difference in the defense right away. In-fact, the Steelers recorded five takeaways in a disappointing Week 3 loss to the 49ers –Fitzpatrick’s first game as a member of the Black and Gold.

Speaking of which, after averaging about one takeaway a game before acquiring Minkah Fitzpatrick, the Steelers’ defense has averaged over three times that many since the trade.

In seven games with the Steelers, Minkah Fitzpatrick has five interceptions, eight passes defensed, one forced fumble, one fumble recovery and two defensive touchdowns. If he isn’t yet in the discussion for Defensive Player of the Year, he likely soon will be. 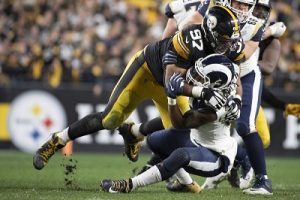 As for Pittsburgh’s defense, it’s quickly becoming one of the most fierce and opportunistic in the NFL. After years of being considered a weakness and a second banana to the high-powered offense, the Steelers defense has now become the strength of the team and has made it a habit of compensating for the weaknesses of offensive coordinator Randy Fichtner’s depleted unit.

What once looked like a helpless and hopeless season at 0-3 and 1-4 has turned into one where the playoffs are again the goal.

A trade for a safety saved a team’s season. Hard to believe.