The emotional roller coaster ride that was the Pittsburgh Steelers 2019 season has ended, and two weeks of playoff upsets have left Steelers Nation asking “What IF” as they’ve enjoyed a second year of home couch advantage throughout the playoffs. Clearly, this was not the outcome we had hoped for.

One of the things has gotten lost in all of these Steelers 2019 postmortems is the last two season have been almost identical. Both seasons:

But if deep disappointment set in immediately following both seasons, there’s a distinctly different feel to the way 2020 is beginning. To explain how and why this is possible, and the lesson it perhaps provides, perhaps its best to take a step back. 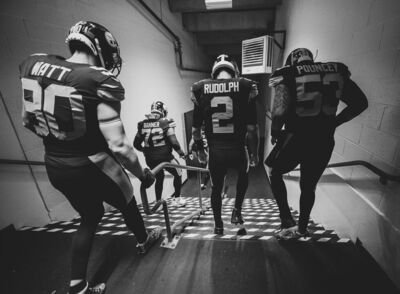 Looking Back for Roots of a Lesson to Take Forward

The 2019 endeared themselves to Steelers Nation the way few others have. The 2019 Steelers have drawn comparisons to the 1989 Steelers from both fans and authorities such as Ed Bouchette. While the 1989 Steelers are very near and dear to this site, they’re not the team that provides the lesson we’re looking for. 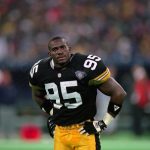 The NFL was different. Two years earlier the Freeman-McNeil verdict that brought free agency to the NFL, and the league was in transition. For the first time players could sign with new teams when their contracts expired, and for the first time teams could go on off season shopping sprees – if they kept themselves under the salary cap.

By November ‘94 the Steelers had clearly established themselves as the cream of the AFC. It was equally obvious that the San Francisco 49ers were the NFC’s best. The Steelers had gotten there by taking a conservative approach to free agency that focused on resigning their own players. The 49ers had taken the opposite approach, by lavishly throwing money at players.*

Labriola lauded the Steelers for taking a “team” approach to building during the salary cap era contrasting it with other teams (he never mentioned the 49er’s by name) who took a “star” approach. He went on to muse about a possible test of the two concepts in a Super Bowl match up that never materialized thanks to Alfred Pupunu.

If that sounds familiar it should. Mike Tomlin led his press conferences after wins over the Chargers and the Bengals by crediting it to “a victory for team.” And therein lies the difference between the feeling fueling this off season vs. the last year.

Why Things Feel Different This Year

Take a look at any Steelers-focused site, and stories of the last two weeks will generally fall along these lines:

My, what a difference a year and really two years make. At this point during the ’18 and ’19 off seasons the primary story lines circulating about the Steelers focused on whether:

As some Pittsburgh-based beat writers pointed out at the time, the whole “Team Turmoil” story line was oversold in the national media. With a little bit of distance, we can see that indeed, many although not all of those story lines were tied to a few individuals.

So even if it is incorrect to say, that 2019’s lesson is that “the Steelers rediscovered the concept of ‘team,'” the focus on “team” as opposed to individual stars go much sharper for the Steelers this past season. 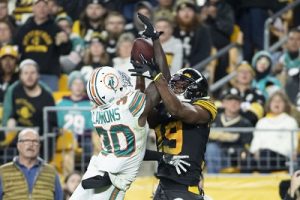 JuJu Smith-Schuster only suited up for twelve games. James Conner only appeared in 10. Mason Rudoph assumed the starting role 6 quarters into the season. Players like Devlin Hodges, Kerrith Whyte and Deon Cain, who’d started the season on practice squads suddenly found themselves dressing or even starting in prime time games.

The departure of Antonio Brown was supposed to be enough to hamstring the Steelers offense. But by any conventional measure, losses of Roethlisberger, Conner, Smith-Schuster and Maurkice Pouncey should have doomed the Steelers. Yet, they didn’t and instead:

A 1-4 start became a 5-4 start. That 5-4 start slipped to a 5-5 start, but the Steelers rebounded from their own “Body Bag Game” to improve to 8-5. The Steelers 8th win of the season came over the Arizona Cardinals and featured another game in which Pittsburgh had found a new way to win.

Football is a team game, and it is teams and not “stars” that win games. No Steelers fan will ever forget Antonio Browns “Immaculate Extension” that pulled Pittsburgh over the top in the Steelers Christmas win over the Ravens. But who remembers that Jesse James, Cobi Hamilton, Eli Rogers and Demarcus Ayers caught 5 of the 7 receptions that formed that touchdown drive?

Mike Tomlin, Keith Butler and Randy Fichtner deserve credit for milking as much as they possibly could out of the talent at their disposal in 2019. 2020 is a new year and the Steelers will field a new team next fall. 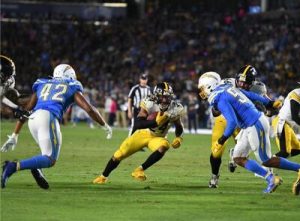 But if Mike Tomlin can succeed carrying 2019’s renewed focus on “team” and combining a few key upgrades in offensive talent then 2020 can be a big year for the Pittsburgh Steelers.

*While it was never proven, some suspected that the ’94 San Francisco 49ers were cheating on the salary cap. The 90’s ended with Carmen Policy and Dwight Clark paying million dollar fines for salary cap violations, although none were tied to the ’94 season. Nonetheless, one regular reader of this site and die-hard Cowboy fan still refers to them as “The ILLEGAL 1994 San Francisco 49ers team!”