The NFL is planning an expanded Hall of Fame class to celebrate its 100th anniversary and this year’s class already has a tinge of Black and Gold as former Pittsburgh Steelers head coach Bill Cowher has been elected. 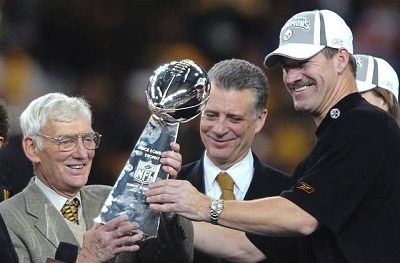 Yet, the Steelers were back in the playoffs in 1996, thanks in no small part to the arrive of The Bus Jerome Bettis in one of the biggest highway robberies disguised as a draft day trade during the 1996 NFL Draft. 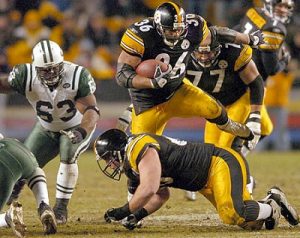 A year later, during Kordell Stewart’s first season as starter, the Steelers were back in the AFC Championship, losing in a heart breaker to the Denver Broncos. It was Cowher’s 3 AFC championship appearance in just six years, and another trip to the Super Bowl in the near future seemed be nothing more than a formality.

Veterans like Rod Woodson, Greg Lloyd, Carnell Lake and Dermontti Dawson were lost to the pull of free agency, injury and/or Father Time. While Tom Donahoe had done a solid job of drafting with an eye to replacing soon-to-depart free agents, misfires took their toll.

Will Blackwell was no Yancey Thigpen. Jamine Stephens was no Leon Searcy. Chris Conrad was no John Jackson. The Steelers fell to 7-9 in 1998, in a season that ended in a 5-game losing streak which followed an uneven, but nonetheless promising 7-4 start.

1998 was just a warmup, as the 1999 Steelers would finish 6-10 in a season that saw Kordell Stewart take another step backwards as he finished spending his days at Three Rivers Stadium working with the wide receivers.

The relationship between the two had been deteriorating for years but by 1999, Cowher and Donahoe were openly sniping at each other in the press and barely on speaking terms. Dan Rooney had to make a decision and he chose Cowher.

But the return of Kevin Colbert to his native Pittsburgh brought Bill Cowher his second wind. The 2000 season didn’t start out kindly for Cowher, as they began 0-3, but Bill Cowher engineered a shocking upset on the road against the Jaguars to turn things around in a season that ended 9-7 and just barely out of the playoffs. 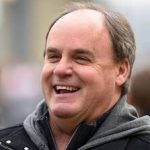 The Steelers would take the NFL by storm in 2001, locking up the number 1 seed in the AFC while finishing 13-3. They entered the AFC Championship as favorites, but fell to the then underdog New England Patriots.

In 2002 the Steelers struggled to start the year, and Bill Cowher benched Kordell Stewart in favor of Tommy Maddox. Cowher would later explain to Raul Allegre on ESPN Deportes that he hadn’t wanted to bench Stewart, but he felt that he had to because Kordell Stewart had lost the confidence of the locker room.

The Tommy Gun era in Pittsburgh won’t last long, but he did lead the Steelers to a 10-5-1 finish, in a season that included a dramatic comeback win at Heinz Field over the Cleveland Browns and a controversial overtime loss to the Titans.

The next year the Steelers took another surprised turn on the 2004 NFL Draft when they picked Miami of Ohio signal caller Ben Roethlisberger with their first round pick. While Dan Rooney would in fact have to prod Cowher and Colbert to draft Roethlisberger, the decision gave The Chin something he’d never had before: A franchise quarterback.

Ben Roethlisberger came in, and while he didn’t rally the Steelers to win, he did see them to 14 straight wins. Roethlisberger didn’t begin playing like a rookie until the playoffs, where Pittsburgh would ultimately fall to the Patriots in yet another AFC Championship loss.

The 2005 season began with Ben Roethlisberger admitting that he could win fewer games but still be a better quarterback. He was right. The Steelers would struggle at times due to injures that saw both Tommy Maddox and Charlie Batch start games. The team needed help getting into the playoffs.

The Steelers went on the road and defeated the Bengals. They went to Indianapolis and stunned the AFC favorite Colts in one of the most dramatic 4th quarter finishes in franchise history. Then it was on to Denver for a convincing win over the Broncos.

That set up the Steelers trip to Detroit, Jerome Bettis’ home down, where the Steelers played the Seattle Seahawks. The game saw the Steelers make their own luck, with Willie Parker’s 75-yard touchdown run, Ike Taylor making only one of 17 career interceptions, and Antwaan Randle El hitting game MVP Hines Ward for a touchdown on a play fake.

The Bus added a Lombardi Trophy before it made its final stop in the Steelers victory at Super Bowl XL.

Bill Cowher returned for the 2006 season, although his wife Kaye and his daughter Lindsey had already moved to North Carolina. The Steelers would start 2-6, but rallied by going 6-2. Unfortunately both losses came to the hands of the Baltimore Ravens, and Bill Cowher decided to hang it up after that.

When Bill Cowher stepped down, he titled it a resignation, not a retirement, and “everyone” assumed he would be back coaching in a few years. But enjoyed the low stress life of working as a CBS broadcaster and enjoyed spending time the final years he had with his wife Kaye Cowher, who would lose her battle with skin cancer in 2010.

Other Steelers Eligible for Hall of Fame Induction in 2020

Two former players and one Steelers legend could join Bill Cowher in Canton this July. Troy Polamalu is in his first year of eligibility and deserves to make it in. Alan Faneca is also eligible, although voters have had chances to vote him in, but declined.

Donnie Shell deserves wear the yellow blazer and his own bust in Canton and his candidacy has been getting a boost from Tony Dungy, among others.