It seems like the annual arguments about who should or shouldn’t be inducted into the Pro Football Hall of Fame have an extended shelf-life this year; that’s thanks to the NFL’s special series of inductees as part of the Centennial Class that commemorates the league’s hundred-year anniversary.

Next week, former Steelers guard Alan Faneca, who has been a finalist several times, and former safety Troy Polamalu, who is eligible for the first time, will find out their fates next weekend, on the eve of Super Bowl LIV. 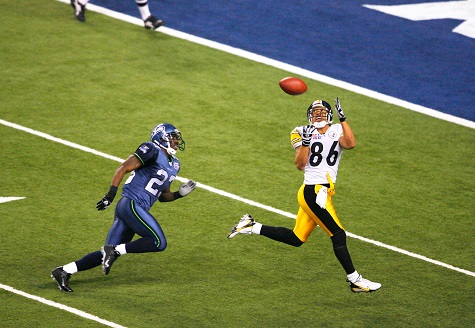 Will Alan Faneca finally get in, or will he be a victim of a possible first-ballot induction of Troy Polamalu, as well as the Steelers bias that always seems to plague certain Black and Gold alumni, what with so many of them being represented in Canton, Ohio?

Will former Steelers offensive tackle Larry Brown ever get in? How about possibly the greatest snub in franchise history, L.C. Greenwood, the late, great defensive end who was part of Pittsburgh’s famed Steel Curtain front-four of the 1970s?

For that matter, what about former Steelers receiver Hines Ward, the man with 1000 catches, a Super Bowl MVP and a reputation as the best blocking receiver in NFL history on his resume?

How about current head coach Mike Tomlin, a man that, despite his consistency and lack of a losing season, has almost as many critics as he does supporters among Steelers fans?

As for the likes of Larry Brown, L.C. Greenwood, Hines Ward and Mike Tomlin? It might never happen. I mean, let’s be real. Cowher may not have gotten in, if not for the NFL’s special centennial celebration, same for Shell.

Having said all of that, however, the simple fact that people are arguing over whether or not individuals like Greenwood and Ward are deserving, that speaks volumes for the marks they left on the NFL.

The fact that entire radio segments have been designated to Mike Tomlin’s Hall of Fame resume in the wake of Bill Cowher’s election, that tells you all you need to know about the former’s abilities as a head coach.

We tend to make fun of and/or look down on individuals that spend many years on the Hall of Fame bubble. Take Drew Pearson, a former receiver and a member of those famed Cowboys teams of the 1970s and ’80s. Many folks mocked and/or criticized Pearson last week for his emotional response to being denied enshrinement, yet again, even as a part of the NFL’s special centennial class.

None of that matters, anyway. Simply having the opportunity to be disappointed was a testament to the wonderful career Drew Pearson had in the NFL.

Remember the late Senator John McCain, who lost the 2008 presidential election to Barack Obama? Anyway (and excuse me for talking politics), he called his nomination the great honor of his life. Just like former NFL players and coaches who find themselves on the Hall of Fame bubble, we tend to look down on the party nominee who the lost presidential election, this despite the fact that nearly half of American voters thought he or she should be the leader of the free world.

It is not always that way in our “Winner Take All Culture.” While winning an Oscar is clearly the prize that everyone in the movie business longs for, simply getting nominated is an honor in and of itself. Just think of how many times you’ve seen actors or directors introductions start with, “Nominated for Oscar 11 times….”

Simply getting nominated is an honor, just as getting serious consideration for the Pro Football Hall of Fame should be considered an honor that carries no shame for those who don’t make the final cut.