Did I lure you in with my click-bait title?

Sorry about that, but whenever I write articles that have to do with Jack Lambert, Chuck Noll, Mean Joe Greene or that time I went to that Steelers game in 1988, you just don’t seem to care all that much. 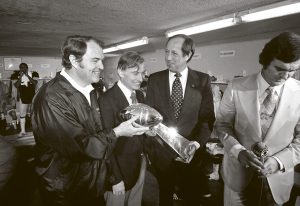 What does seem to resonate with you? Anything to do with Ben Roethlisberger, Antonio Brown, Colin Kaepernick, Pittsburgh’s backup quarterback situation or anything that’s happened with the Steelers in the past five minutes or so.

And, by the way, writing an article with a headline such as: “Why it Makes Sense for the Steelers to Bring back Antonio Brown” is not click-bait — not if the article actually covers why the author thinks it would make sense for Pittsburgh to re-sign Antonio Brown.

Attention-bait? Anger-bait? Traffic-bait? Perhaps. However, if you want actual click-bait, go click on one of those links at the bottom of most websites that like to draw you in with headlines such as: “She was Enjoying Her Birthday Cake but had No Idea What was Lurking Behind Her.”

What was lurking behind her? You usually never get to find out, thanks to having to click through 28 pages of ad-infested gibberish — that, my friend, is click-bait.

Those are usually money. Why? Because you like, no, love them. Oh, you say you don’t love them. You say you’d rather read about Ramon Foster’s retirement and/or the merits of his possible replacements — Stefen Wisniewski, a veteran free-agent signing, or Kevin Dotson, a fourth-round pick out of Louisiana in the 2020 NFL Draft — but you really don’t.

You say you don’t want to read yet another article about the controversial Rooney Rule, but traffic for such articles is through the roof. As for the comments sections? They’re fire, my friend. 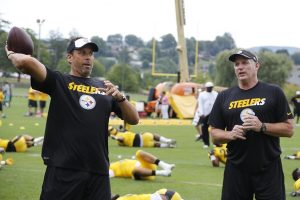 You want an article about Shaun Sarrett, who became the Steelers offensive line coach after the legendary Mike Munchak moved on to coach the Broncos’ hogs following the 2018 season? Fine. Crickets.

And that’s why there were 45,000 articles written about James Harrison, last week, and the controversial envelope head coach Mike Tomlin may or may not have given him way back in 2010. James Harrison appeared on a podcast with former Steelers offensive lineman Willie Colon and was very revealing about countless subjects.

However, the sexiest subject Harrison touched on regarding his time with the Steelers centered around Pittsburgh possibly covering one of the several fines he received a decade earlier, thanks to the NFL’s sudden desire to legislate head shots out of the game.

Do you know who Don Shula is? He’s the winningest head coach in the history of the NFL. Did you know the guy who coached the Colts in Super Bowl III — the team that lost to Broadway Joe Namath and his guarantee — passed away on May 4 at the age of 90? Did you know that upset victory by the Jets may have been the most significant in the history of the NFL and paved the way for all that came after that? Did you know Shula went on to coach the Dolphins and guided them to the only undefeated season in modern NFL history in 1972?

I, and I assume many others, wrote articles about Shula’s passing. Did you bother to click on any of them? If not, maybe you should have. Maybe you should go watch some YouTube videos of Shula’s years and the impact he had on the NFL. Go learn about Chuck Noll, the Steelers legendary head coach who passed away in 2014 at the age of 82.

If you learn about Noll, and all that he accomplished in his 23 years as the Steelers head coach, maybe you’d agree that it’s ridiculous that so many people have misspelled his name over the years.

Sorry for the rant, but it was necessary, at least in a sense. If you’re on this site and have read this far, you’re probably prioritize substance over style. While some Steelers sites like Steel City Blitz and Steelers Takeaways,  or Twitter feeds like @VintageSteelers and @SteelCityStar do a fantastic job in fostering a great respect and reverence for Steelers history, many do not.

Most can’t afford to.

Maybe they would if readers started showing a little more respect and reverence for Steelers and NFL history.

One thought on “Why Is There “Click Bait”? Start with a Lack of Respect for Steelers/NFL History”