“I hope you’re willing to eat a little crow,” is something sports fans say when someone has an opinion about a player or team they don’t agree with.

As it pertains to Steelers running back James Conner, perhaps I should prepare to do a little crow hunting for my dinner. Why? Because my strong opinion heading into Pittsburgh’s Week 2 match-up against the Broncos at Heinz Field on Sunday afternoon was that Conner should play second fiddle to Benny Snell, Jr. 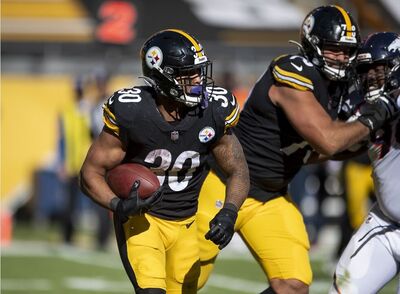 Benny Snell, the Steelers fourth-round pick out of Kentucky in the 2019 NFL Draft, rushed for 113 yards on 19 carries after coming in for an injured Conner in a 26-16 Week 1 victory over the Giants at MetLife Stadium on Monday Night Football just six days earlier.

Conner, who rushed for just nine yards on six carries before exiting the Week 1 contest, showed all of his critics, including me, that we were wrong in doubting him, as he carried the football 16 times for 106 yards and a score in Pittsburgh’s 26-21 victory over the Broncos last Sunday.

Conner looked poised, healthy and strong as he put the finishing touches on Sunday’s win with a 59-yard scamper right after Pittsburgh took over on downs with 1:51 remaining.

As for Benny Snell, he did nothing to reward the faith those who had any in him, and he followed up what appeared to be a breakthrough performance six days earlier by gaining just five yards on three carries and almost breaking the Steelers’ back with a fumble early in the fourth quarter that allowed Denver to get back into the game.

Whoa, I can’t speak for most of his critics, but I know I didn’t make any snap judgments about James Conner after Week 1. Those judgments and opinions were based on an entire body of work, mainly going back to late in the 2018 season, when multiple injuries forced him to miss several games down the stretch during a year in-which Pittsburgh barely missed the playoffs.

As for my opinions on Snell, they weren’t formed based on just one game. In addition to Snell’s impressive 2020 debut, I based my opinion on how well he played down the stretch of the 2019 campaign, when he nearly caught Conner to become the team’s leading rusher on the season. 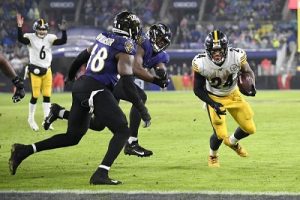 I based my reasoning on Snell’s offseason conditioning program that saw him report to training camp 12 pounds lighter than his rookie campaign. I used that knowledge to wonder if Snell’s explosive running style in Week 1 could have been attributed to his sleeker look.

I mean, how silly would it have looked for me to call for James Conner to be benched after one game if he was coming off of back-to-back injury-free and Pro Bowl seasons? Pretty darn silly.

Sadly, that wasn’t the case. Conner wasn’t coming off of back-to-back injury-free and Pro Bowl seasons. Sure, he made the Pro Bowl in 2018 while filling in for Le’Veon Bell, who spent that entire year holding out in a contract dispute with the Steelers, but as I mentioned already, that season wasn’t devoid of injuries for Conner.

Fact is, Conner may have answered his critics this past Sunday, but is he going to continue to answer them on a consistent-enough basis over the course of the season? Make no mistake, when James Conner has been healthy and in the lineup, he’s generally been a really good running back for the Steelers, someone who would have made fans utter a collective “Le’Veon Who?” a long time ago.

But the fans haven’t forgotten about Bell, or at least the record breaking production he provided during his five seasons as the Steelers starting running back.

Sure, Bell had his problems with injuries and suspensions, but in terms of overall health and reliability, he was an Ironman on par with the late Mike Webster compared to James Conner.

As I’ve said many times, James Conner’s story, one that includes overcoming cancer, is a great and admirable one. But until he proves otherwise, Conner’s story must include a chapter about his problems with injuries.

Until he proves over and over again that he can be a reliable running back for the Steelers, only then will that chapter be edited out of his story.

And only then will his critics truly have to sit down and eat a little crow.