The Steelers cut punter Dustin Colquitt today after just 5 games, with Mike Tomlin admitting that “Our punting is not up to snuff and that we have to get better in that area and we are willing to do whatever is required in an effort to do so.”

However, Colquitt’s punting average of 43.1 ranks 29th in the league and is two yards below Jordan Berry’s average of 45.5 average during 2019. While nothing is confirmed, the Steelers are expected to r resign Jordan Berry prior to their game against the Tennessee Titans.

The Steelers made a additional roster moves, putting Devin Bush on injured reserve. They replaced him with Henry Mondeaux who served on their practice squad in 2020 and 2019 after playing his college ball at University of Oregon, spent training camp in 2018 with the New Orleans Saints and was on their practice squad for the final game of the 2018 season.

Taking Henry Mondeaux’s place on the practice squad is Ray Wilbon, a rookie linebacker out of Ball state who was signed as an undrafted rookie free agent by the Atlanta Falcons following the 2020 NFL Draft. 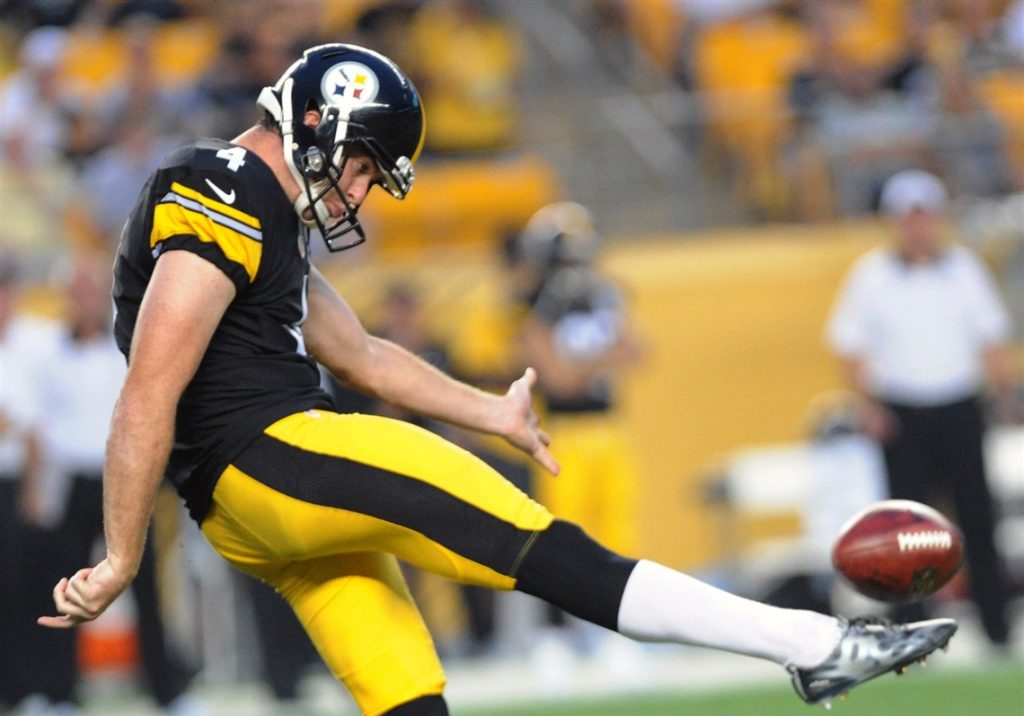 Steelers coach Mike Tomlin is patient with players at some positions but punter is not one of them. In the middle of the 2008 season, Mike Tomlin cut Mitch Berger after Berger knocked off punts 27, 32 and 35 yards during the Steelers Monday Night win over Washington.

However, when Paul Ernster turned out to be an even worse punter, the Steelers resigned Mitch Berger after a few games, and Berger continued to punt for the Steelers all the way through to Super Bowl XLIII.

In 2013 the Steelers brought Zoltan Mesko to Pittsburgh during a waiver wire shopping spree, but Mesko only lasted 7 games posting a 42.5 yard average and suffering a blocked punt. Mat McBriar unfortunately offered little in the way of an upgrade, and he too suffered a blocked punt and posted a 41.5 yard average.

McBriar did complete a 30 yard pass to David Paulson on a successful fake punt that set up a Ben Roethlisberger touchdown in the Steelers December 2013 win over the Green Bay Packers.

Nonetheless, McBriar was gone after the season.