Another day, another occasion in which the Steelers and their fans think they’re getting the short end of the stick from the NFL.

As you’re well aware, by now, the Steelers Thanksgiving Night game against Baltimore at Heinz Field was switched to Sunday afternoon due to a COVID-19 outbreak within the Ravens organization. Unfortunately, because Ravens’ players kept on testing positive — including 2019 NFL MVP Lamar Jackson — the contest was pushed back even further to this Tuesday night at 8 p.m. 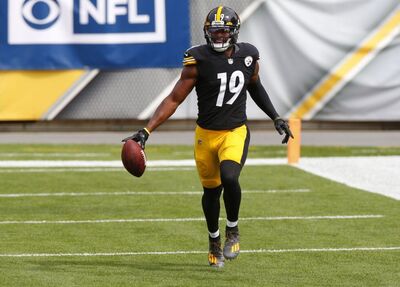 The Steelers and their fans have been grinding an ax ever since, insisting that they’re getting screw (and, I guess, beaten with that giant baseball bat). Coming just weeks after losing their mid-season bye due to an outbreak within the Titans’ organization, many are convinced that the NFL is simply out to get the Steelers, you know, the team with awesome ratings and world-wide following?

Another way the Steelers and their fans believe the league is out to get them is a COVID contingency plan that would involve adding one more postseason team to each conference and eliminating first-round byes entirely. To be clear, this is just a contingency plan and would only go into effect if the NFL couldn’t complete its 17-Week regular-season schedule in its entirety.

“How can they do this to us/ the Steelers!” they’ve been screaming. “They’re 10-0, damn it! They’re trying to take our/their bye away!”

The Steelers may be 10-0 for the first time in history. They may be the only undefeated team remaining in the NFL. However, the Chiefs are hot on their tail with a 9-1 record.

Pittsburgh and Kansas City do not play this year. That means, the second NFL tiebreaker to decide the top seed and the AFC’s lone bye (btw, once the NFL added a seventh playoff team to each conference, that eliminated the bye for the second seed) is conference record. The Chiefs have one loss in the conference. Pittsburgh obviously has zero.

According to the NFL’s official tie-breaking rules, the third tiebreaker is record against common opponents. After that, it would come down to strength of victory, followed by strength of schedule. I’m not so sure the Steelers, a team with a fairly pedestrian schedule, overall, would want it to come down to any of those tiebreakers.

What I’m saying is, don’t act like the Steelers are entitled to that lone bye, just because they are currently in the pole position to obtain it. We still have six weeks of football left. Anything can happen. Anything often does in the wacky world of professional football.

The NFL may be guilty of a lot of things, but screwing the Pittsburgh Steelers, one of their biggest cash cows, certainly isn’t one of them.