If the Pittsburgh Steelers are to surprise the skeptics and make a serious Super Bowl run they’re going to need players like Alex Highsmith to find a little something extra during the playoffs. There are signs that Highsmith might already being doing that. 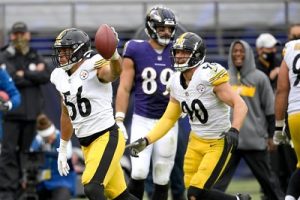 …Yep, you read that right!

Ziggy Hood was of course the Steelers 1st round draft pick in the 2009 NFL Draft, number 32 overall due to the Steelers victory in Super Bowl XLIII. It is both unfair and incorrect to hang the label “bust” on Ziggy Hood (if you really think he was a bust, I invite you to Google Keith Gary, Daryl Simms or Aaron Jones).

Just as Walter Abercrombie had the ignominious fate to replace Franco Harris, Ziggy Hood was drafted to replace Aaron Smith, one of the game’s best 3-4 defensive ends. Ziggy Hood wasn’t up to the task.

When injuries ended Aaron Smith’s 2010 season, this site declared that Ziggy Hood’s moment had arrived, leading off the post with the quote ““When the kids had killed the man/I had to break up the band” from David Bowie’s “Ziggy Stardust.” The idea was Smith’s injury signaled the end of an era on the Steelers defensive line, and that a torch was being passed

With 20/20 hindsight, it would seem like Ziggy Hood fumbled the moment and then it was gone. But that’s not true. Ziggy Hood just couldn’t capture lightning in a bottle.

But Ziggy Hood enjoyed one great flash in his career and that flash came right when the Steelers needed it the most.

But he came alive in December, sacking Joe Flacco in the Steelers AFC North Division clinching win over the Ravens. He followed that with sacks in the Steelers win over the Panthers two weeks later and in the 2010 season finale win over the Browns. And if you’re tempted to write off that as garbage time glory in meaningless games then consider what Hood did in the playoffs. 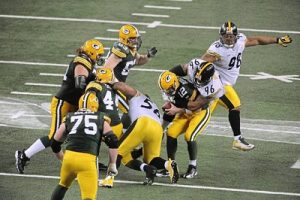 In the Steelers 2010 Divisional Playoff win over the Ravens, Hood sacked Joe Flacco on 3rd and 10 with 1:15 left to play, setting up a 4th and 18 which Baltimore failed to convert. In Super Bowl XLV he sacked Aaron Rodgers on Green Bay’s final drive.

For those of you counting at home, that’s 5 Ziggy Hood sacks, several coming at critical moments during 8 must-win games for the Steelers.

Never would Ziggy Hood broach that level of production again.

The Playoffs Can Prime Players to Step Up

Long term, if Alex Highsmith succeeds in Bud Dupree his career ceiling will need to be higher than Ziggy Hood’s. But the take away from Hood’s story is that the playoffs can coax the best out certain players.

Go back further, and you’ll find that that a good regular-season Merril Hoge became playoff great with 100 yard games for the 1989 Steelers in their upset Wild Card win over the Oilers and heartbreaking loss to the Broncos.

But if Alex Highsmith can step it up and help T.J. Watt give the Steelers defense the 1-2 punch on the edge that they enjoyed with Bud Dupree healthy, Pittsburgh’s road to Super Bowl glory will become much more plausible.