The Steelers interviewed former Cincinnati Bengals offensive coordinator Hue Jackson and then San Diego er um Los Angeles Chargers quarterback coach Pep Hamilton, but ultimately hired Canada. The timing seemed a bit odd, and as Ed Bouchette of The Athletic suggested it was almost like the Steelers forgot they needed to obey the Rooney Rule when making the hire. 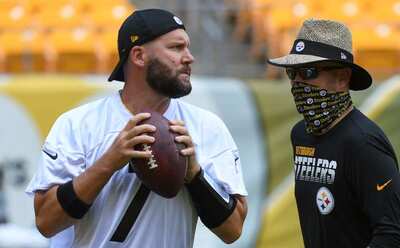 A year ago Mike Tomlin opted to re-fill the slot of quarterbacks coach that had been vacated when he promoted Randy Fichtner to offensive coordinator, replacing Todd Haley. At the time, speculation abounded as to Matt Canada’s role.

Matt Canada was known for his use of motion, play action and Jet sweeps during his stops at Pitt, the University of Maryland, Northern Illinois, Indiana and Wisconsin, elements which were not part of Fichtner’s offense.

He was also widely seen as being brought in to mentor Mason Rudolph, Devlin Hodges, Paxton Lynch and ultimately Joshua Dobbs who returned via the waiver wire.

How he would relate to Ben Roethlisberger was an open question. Roethlisberger has enjoyed wide-spread autonomy in the running the offense and prefers to play under center and does not like to execute play action.

Early on, Matt Canada’s influence was evident in the jet sweeps that players like Diontae Johnson and Chase Claypool ran. And word was that Ben Roethlisberger was seen practicing his footwork under the tutelage of Matt Canada. 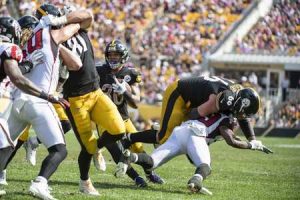 Whether it was due to Canada’s influence or the lack thereof, the Steelers offense which had started of strong in September and October, sputtered in November and ultimately went completely south in December.

If Ben Roethlisberger returns, he needs to design an offense around a 39 year old quarterback who is seeing his mobility leave him and struggles to throw the long ball. A Roethlisberger return will also force him to build an offense without the services of veterans like James Conner, Alejandro Villanueva, the retired Vance McDonald and JuJu Smith-Schuster are all but certain to flee as free agents. Other starters such as Eric Ebron and David DeCastro could also become salary cap casualties.

And Maurkice Pouncey, a perennial Pro Bowler, is said to be ready to retire.

The Steelers replaced recently retired tight ends coach James Daniels with Alfredo Roberts who most recently coached with the San Diego er um Los Angeles Chargers. Roberts had also coached running backs for the Chargers and prior to that had coached for the Jaguars, Browns, Buccaneers and Colts.

The Steelers still must hire an offensive line coach and possibly a quarterbacks coach.