The Steelers Joe Greene Great Performance Award aka Steelers Rookie of the Year award but named for Joe Greene carries a curious history.

Some winners have authored Hall of Fame careers with the Steelers, such as Alan Faneca, Troy Polamalu and at some point, Ben Roethlisberger. Others, faded into oblivion like Delton Hall (who beat out Rod Woodson), Anthony Henton and Kendrell Bell. Some had good but not quite “great” careers like Louis Lipps or Kordell Stewart.

At this time last year, 2016 Joe Greene Great Performance Award winner Sean Davis appeared to be locked into that final category – he was one of the tweeners. Then he unexpectedly returned to Pittsburgh to start the 2020 giving him a shot at moving himself into the “good category.”

He didn’t play enough to do that in 2020 and is now a free agent again. Will Sean Davis stay in Pittsburgh to get a third shot? Let’s find out. 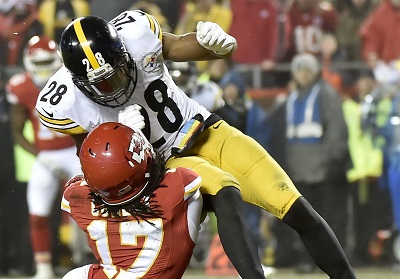 Capsule Profile of Sean Davis’s Career with the Steelers

The Steelers selected Sean Davis out of Maryland in the second round of the 2016 NFL Draft. Davis came to the pros with position flexibility, thanks to playing both safety and cornerback in college. Sean Davis was named the starting slot corner early in his rookie season before ultimately moving to strong safety.

Sean Davis spent 2017 at strong safety but moved to free safety in 2018 following the departure of Mike Mitchell. An injury and the acquisition of Minkah Fitzpatrick early in the 2019 season eventually made Sean Davis expendable, and he signed a one-year deal with the Washington Football Team last spring. However, Washington cut him and Sean Davis soon found his way back to Pittsburgh in 2020.

The Case for the Steelers Resigning Sean Davis in 2021

Davis has started 42 games over five seasons with the Steelers. He obviously knows Keith Butler’s system and, to reiterate, has position flexibility. Speaking of which, Mike Hilton and Cameron Sutton are set to enter free agency and both — particularly Hilton — figure to earn fairly substantial raises. With the cap-strapped Steelers looking to save money any way they can, maybe Sean Davis can be the surprising answer for the slot corner position in 2021.

The Case Against the Steelers Resigning Sean Davis in 2021

While often flashing great playmaking ability, Davis has also been inconsistent during his career in Pittsburgh. The Steelers decision to bring Sean Davis back was a telling, but what was more telling was the fact that Sean Davis almost never saw the field save for the season finale against Cleveland.

You can’t find a stronger sign that it’s in Davis’s best interest to move on and for the Steelers to do the same.

Curtain’s Call on the Steelers and Sean Davis in 2021

Davis should be fairly inexpensive to retain. The deal he signed with Washington last year was for $4 million, and I don’t see him being able to command anything close to that in 2021.

At the very least, he provides adequate depth in the secondary and can do double duty on special teams. The Steelers need to find their bargains this year in free agency and Sean Davis would look to be one of them.