Art Rooney II once described the running game as “The foundation of the franchise.” Rooney is right. While they may not hold the record anymore, if memory serves at some point early in the 2nd Super Bowl era, the Steelers lead the rest of the NFL in total yards rushing since the NFL-AFL merger.

Drafting a running back early, perhaps even in the first round, would seem to be logical. Yet, there are no shortage of Pro Football Focus mock drafts that don’t have the Steelers addressing running back until the middle of the draft. Which begs the question, just how badly do the Steelers need to get a running back in the 2021 NFL Draft? 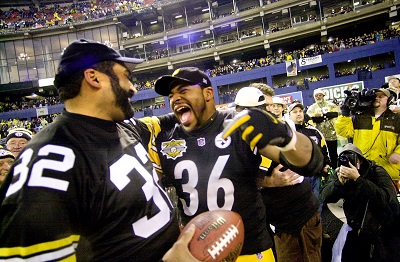 Steelers Depth Cart at Running Back: The Starters

The Steelers go into the 2021 NFL Draft without a starting running back. James Conner held that position in 2020, but Conner is now an Arizona Cardinal.

Perhaps he couldn’t have been a starter in the mold of some of the Hall of Famers such as John Henry Johnson or Jerome Bettis who’ve manned the position for Pittsburgh in the past, but behind a strong line it would have been easy to see [a healthy] Conner emerging as a Steelers number 1 running back in the mold of Merril Hoge.

Fortunately, the Steelers cupboard at running back is far from empty. The proverbial “Next man up” for Pittsburgh is Benny Snell. The Steelers drafted Benny Snell in the 4th round of the 2019 NFL Draft, and Snell has looked good and won praise from Mike Tomlin at times.

Still, Snell has done nothing to show that Pittsburgh can count on him developing into a viable number 1 running back. 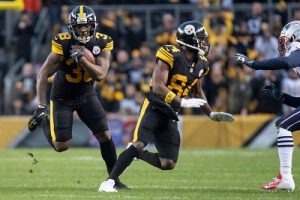 Behind Snell, the Steelers have Anthony McFarland and Jaylen Samuels. Jaylen Samuels was a 5th round pick in the 2018 NFL Draft, and led the Steelers to victory over the New England Patriots by rushing for 142 yards. However, Samuels hasn’t done much but show he’s a niche back since then, although on Steel City Insider, Craig Wolfley went as far as to suggest he’s the answer for the Steelers at running back.

The Steeler used another 4th round pick on Anthony McFarland during the 2020 NFL Draft. McFarland only played 2 years at the University of Maryland and is seen as both a project and as a change-of-pace back rather than someone to shoulder the full load. As a rookie McFarland looked good at moments, but never looked like an RB number 1 in waiting.

The Steelers 2021 Draft Needs @ Running Back

Should we be so quick to write off those mock drafts that show the Steelers passing on running back in the first round? After all, of the 5 first rounders they’ve used on running backs in the modern era, Franco Harris was a home run, Greg Hawthorne was a bust, Walter Abercrombie disappointed, Tim Worley blew his signing bonus up his nose and Rashard Mendenhall didn’t have the passion to match his talent.

We’ve got to be a lot better in running. Certainly we don’t want to see the Pittsburgh Steelers being last in the league in rushing again ever. I think it’s something our coaches are focused on and we’ll be looking for ways to improve in the draft. It’s something we’ve got to fix, and we are working on it.

Art Rooney II doesn’t say a lot. But what he does say, he means.

See Art II’s comments about drafting a quarterback in January 2018 and the Steelers picking Joshua Dobbs in the 2018 NFL Draft. See Chris Boswell having to earn his roster bonus during training camp/preseason in 2019.

For all of the Sound and Fury generated by Ben Roethlisberger’s late season struggles, the astute eye will observe that his Big Ben difficulties began when the running game floundered.

If the Steelers are serious about making a final run with Roethlisberger, they need to beef up their running game, and they need to do it big time. The names of Travis Etienne, Javonte Williams, and especially that of Najee Harris have been associated with the Steelers.

Whether one of those will wind up in Pittsburgh or whether it will be someone else, the Steelers Need at running back going into the 2021 NFL Draft can only be described as High.