It’s obviously still too early to know how any of these NFL trainees will do, but it’s more than acceptable to talk about the approach the Steelers took in procuring their latest batch of players.

How about an A? Too strong? OK, what about a “Thumbs Up”? Is that too wishy-washy? Should I have gone with “Two Thumps Up”? Too strong, like I’m fully endorsing every pick? 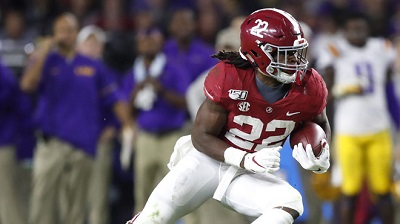 Like it often does, the Steelers’ latest draft had a theme: Starters. It was no surprise that the organization went into this past weekend’s extravaganza in search of multiple players who could possibly start as early as Week 1 of the 2021 regular season. The only question was, which positions would Pittsburgh prioritize first? Or, maybe it wasn’t the positions so much as specific players. Or, perhaps the team would emphasize both positions and players who could help improve a certain area.

The Steelers told us something with their first three selections: they want to improve the ground game, and they want to find players who can fit into new offensive coordinator, Matt Canada’s scheme.

After the selections of running back Najee Harris in the first round (24th, overall), tight end Pat Freiermuth in the second round (55th, overall) and guard/center Kendrick Green in the third round (87th, overall), I must say, mission accomplished.

Harris was the best running back on the board by most accounts; not only was he productive at Alabama — Harris was the school’s all-time leading rusher with 3,843 yards — he’s the type of versatile three-down back who can fit well in Canada’s dynamic offense.

As for Freiermuth, he’s the kind of in-line tight end who can take the place of the recently-retired Vance McDonald. While Freiermuth isn’t quite the ferocious, old-school blocker Heath Miller was back in the day, he has potential. But it’s as a pass-catching threat where Freiermuth, who is a great athlete and loves to punish defenders, can truly be valuable. Since Canada’s offense calls for a lot of 12 personnel packages (aka two-tight end sets), the Steelers will need a talented in-line tight end who can contribute right away. Freiermuth has the potential to be that. 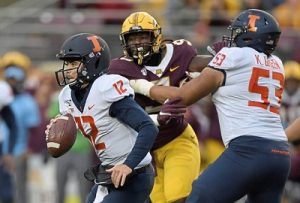 Then, of course, there’s Kendrick Green, a mean (in the best sense), nasty and physical lineman who relishes blocking for the run and is quite the athlete (he was clocked at a 4.85 at his Pro Day in March). While Freiermuth was dubbed “Baby Gronk” during his days at Happy Valley, in Green, it looks like Pittsburgh may have found the nephew that the recently-retired Maurkice Pouncey didn’t know he had.

In all seriousness, Green sort of looks like Pouncey; he definitely plays like him. He even wore the No. 53 at Illinois. Green was the third-straight player the Steelers drafted over the weekend who has a golden opportunity to walk into training camp and immediately find himself at the top of the depth chart.

Again, it’s early. The draft is an inexact science, and it’s rare for a team to find more than a couple of major contributors from any particular class. All an organization can do is select quality players at positions of need and trust in their ability to scout, coach and develop.

The Steelers almost always take a sound approach to the annual draft.