Mere hours after making Presley Harvin III their final pick in the 2021 NFL Draft, the Steelers announced that they’d come to terms with their 2021 Undrafted Free Agent Rookie class. 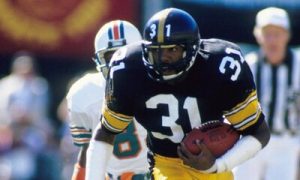 As they always do, the Steelers undrafted rookie free agent class closely mirrors the positions that Pittsburgh didn’t pick, or picked late in the preceding draft.

Mark Gilbert brings strong ties to the NFL and to Pittsburgh football, as he is the cousin of former Pitt and Washington stand out Sean Gilbert and the nephew of Pitt’s Darrelle Revis.

While that makes for a great story, remember that those bloodlines will mean nothing to Mike Tomlin and Keith Butler when he goes out and tries intercept Ben Roethlisberger while covering cover JuJu Smith-Schuster and Chase Claypool this summer at St. Vincents.

Mike Golic Jr. headlined the Steelers 2013 Undrafted Rookie Free Agent class and while he spent some time on Pittsburgh’s practice squad, he never played a down in the NFL.

Once you set foot on the campus of St. Vincents, the Pittsburgh Steelers stop caring about where you came from or how you got to Latrobe and only focus on what you can do to help the team win.

Its what allowed 10th round pick L.C. Greenwood to take his place alongside Joe Greene. Its what allowed Donnie Shell to earn a roster spot and ultimately force out two-time Super Bowl starter Glen Edwards en route to the Hall of Fame. 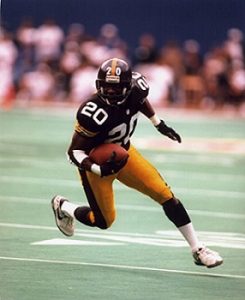 Its what allowed Dwight Stone to earn a roster spot and get snaps at the expense of 3rd round pick Charles Lockett. It paved the way for Ramon Foster earn a practice squad slot, followed by a regular season roster spot, which he transformed into a decade long-career as a starter.

And looking back at that 2013 Steelers Undrafted Free Agent Rookie class, Mike Golic and Nik Embernate may have generated all of the buzz, but it was unheralded Chris Hubbard that used his opportunity to build an NFL career.

But those men can come to St. Vincents secure in the knowledge that they will judged on what they can do, not where they come from.