In case you missed it, Pittsburgh Steelers head coach Mike Tomlin isn’t interested in the LSU head coaching job. Or the USC one, for that matter either. 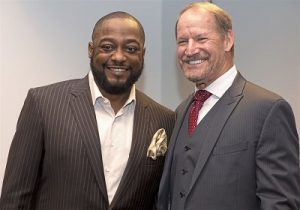 The dynamics of how this “story” evolved to dominate the internet for the span of a few hours on Tuesday afternoon are best left to the Watch Tower, but for now here are two quick take aways:

As we all know, former Steeler and Bills front office executive Doug Whaley went on Pittsburgh radio and suggested that Mike Tomlin might be a candidate for the vacancies at LSU and USC, suggesting that either school might outbid Art Rooney II.

The storm of tweets, blog posts and Facebook likes followed. Hey, this was the bye week after all, so why not focus on something juicy instead of doing real reporting.

At his weekly press conference, Mike Tomlin answered a score or so questions about the Steelers injury situation, usage of Chase Claypool, Diontae Johnson and Anthony McFarland all in the context the Steelers upcoming game against the Browns.

Then Tim Benz of the Tribune-Review asked Tomlin about the rumor.

In case you’ve been hiding under a rock, Mike Tomlin left no room for ambiguity in his response:

Stop what you’re doing and watch this now. pic.twitter.com/84l8G0jCld

Which is refreshing. Just before Christmas during the dark days of the Steelers 1999 season, Bill Cowher was asked about returning to North Carolina to coach college ball. Unlike the Whaley generated story, this one didn’t come out of thin air. Bill Cowher had been dogged by rumors since the end of the Steelers 1997 season that he wanted out.

Yet, when given a chance to refute the rumors, Bill Cowher, fumbled the opportunity so badly at his weekly press conference that, at the urging of his late wife Kay Cowher, called a second press conference were he delivered an unequivocal denial.

(Where was social media when you needed it? Today Cowher could have gotten it done in a Tweet.)

But if Tomlin’s denial was clear cut, his umbrage at the question itself is on shaker ground. Several commentators have taken his cause, namely ESPN’s Stephen A. Smith:

"The second they get a chance to diminish what you've accomplished, what your cachet is, they're going to take advantage of it." pic.twitter.com/CwU2u8CV4R

But let’s everyone should be clear: The prospect of an NFL head coach leaving the pros to go to the NCAA isn’t that far-fetched. After the Patriots fired Pete Carroll following the 1999 season, he went to coach at – you guessed it – USC.

Ah, but Carroll had tried and failed twice as an NFL coach (not that he had much of a chance with Leon Hess owned Jets) you object? OK.

To that I say, Jim Harbaugh. After the 2014 season, two years removed from a NFC Championship and Super Bowl appearance, “Capitan Comeback” left the NFL behind to coach for Michigan.

Smith is right. Mike Tomlin does get a unfair criticism heaped at him from all sorts of directions and for many different reasons. Some of those critics have nefarious motives. But we can likely chalk up fact that he was questioned about a rumor linking him to a college job to nothing other than the shoddy state of sports journalism here in 2021.

The Watch Tower will shine its lights on that angle of the story very soon. Stay tuned.