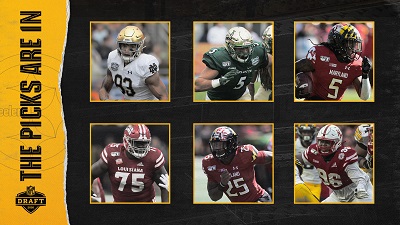 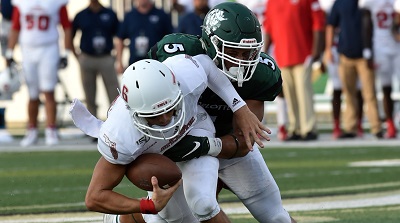 T.J. Watt and Bud Dupree teamed up to form one of the fiercest outside linebacker duos in the NFL in 2019. For Watt, it was a continued ascension up the ladder towards superstar status. For Bud Dupree, a number one pick in the 2015 NFL Draft, it was a breakout season after four shaky editions that had fans questioning why he was even still on the roster in Year 5.

With the pair back together and ready to wreak havoc on opposing quarterbacks again in 2020, just how high of a priority will the outside linebacker position be for the Steelers as they prepare for the 2020 NFL Draft? 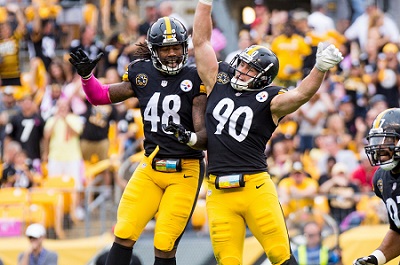 After spending his first two seasons establishing himself as the Steelers best defender, T.J. Watt raised his game even further in his third year. With a stat-line that included 55 tackles, 14.5 sacks, two interceptions, eight passes defensed, a whopping eight forced fumbles and four fumble recoveries, Watt not only earned Pro Bowl and First-Team All-Pro honors, he put himself firmly into the mix for 2019 Defensive Player of the Year, ultimately finishing third behind Stephon Gilmore and Chandler Jones, respectively.

As for Dupree, after coming into 2019 with 20 career sacks in four seasons, a number that was more respectable than his “bust” label warranted — albeit one that was a bit underwhelming for a former first-round pick — Bud Dupree seemingly figured things out in his fifth year, as he recorded 11.5 sacks, to go along with 68 tackles, three passes defensed, four forced fumbles and two fumble recoveries. Dupree’s season was so impressive, the Steelers decided to retain his services for 2020, placing the franchise tag on him to the tune of just under $16 million.

The depth behind the Steelers top dogs is rather thin, albeit kind of intriguing.

Ola Adeniyi, an undrafted free agent out of Toledo in 2018, impressed coaches and fans with his ability to get after the quarterback that preseason. Unfortunately, he was injured before the start of the regular season and spent the majority of his rookie year on Injured Reserve. After making the roster as a backup last season, Adeniyi had a hard time cracking the lineup on defense behind Watt, Dupree and veteran backup Anthony Chickillo. All-in-all, Adeniyi recorded just eight tackles.

Tuzar Skipper, a 2019 undrafted free agent and, like Adeniyi, a Toledo alum, wowed coaches and fans even more than his old college teammate, recording five sacks in his inaugural preseason. But to the surprise of many, Skipper was waived just before the start of the regular season and subsequently claimed by the Giants, who also waived him halfway through the year and signed him to their practice squad. The Steelers signed Skipper from New York’s practice squad late in the year and inked him to a two-year deal shortly after the season.

Rounding out Pittsburgh’s depth chart at outside linebacker is University of Pittsburgh alum Dewayne Hendrix.

The Steelers 2020 Outside Linebacker Draft Needs

Can the Steelers ink Dupree to a long-term deal? If they don’t by the deadline to do so this summer, will they try the franchise tag again next offseason? After their experience with Le’Veon Bell, that doesn’t seem likely.

Besides, Watt is nearing the end of his rookie deal, one that is set to expire after the 2021 season, provided the Steelers pick up his fifth-year option–an absolute certainty at this point. Given Watt’s current career arc that should soon place him in the same rarefied superstar air as his brother J.J. Watt, the Steelers will likely make T.J. the highest paid defensive player in franchise history.

With the departure of Chickillo, who was released as a cap casualty at the onset of free agency, again, the lack of proven depth behind Watt and Dupree has to be a major concern. Therefore, the draft priority for the outside linebacker spot can only be considered High-Moderate