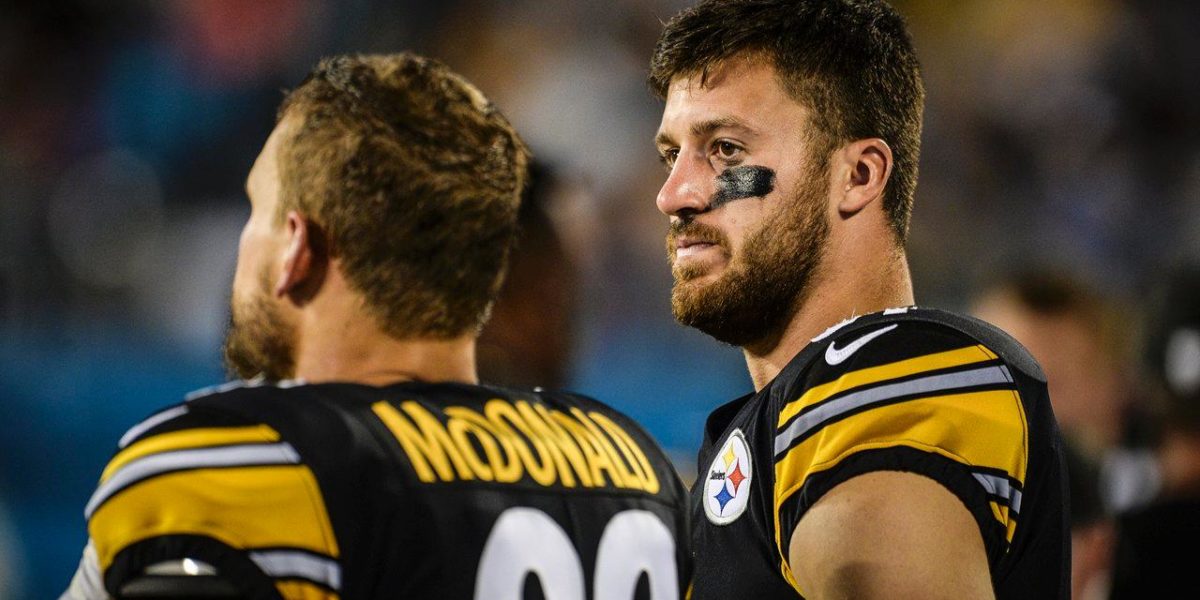 The only problem for Pittsburgh is that the guy who should be leading the way has mostly been a spectator over the first 19 games of his Steelers career. Now was that a one-year occurance, or is Ladarius Green “Damaged goods?” How the Steelers address that question will impact their plans regarding tight ends in the 2017 NFL Draft.

As soon as Ladarius Green was signed to a four-year, $20 million deal last March, it was understood that he’d need a good chunk of the offseason  to heal from ankle surgery he had done in January.

So, how long would Ladarius Green need to rehab? Would he be ready by the start of OTAs or mini-camp? Surely he would be 100 percent and ready to go either at or during training camp, right?

Turns out, Ladarius Green was ready by none of the above and eventually placed on the PUP (Physically Unable to Perform) list to start the 2016 regular season.

Seems like a lengthy recovery time for ankle surgery?

NFL.com reporter Aditi Kinkhabwala published an article on August 11 that speculated Green’s absence from offseason and training camp activities may have been a consequence of recurring headaches due to sustaining multiple concussions during his time with the Chargers.

There were conflicting statements from the Steelers, Green and his agent regarding this rumor, but the reality was that Green didn’t make his Pittsburgh debut until a November 13 game against the Cowboys at Heinz Field.

A little over a month later, just when he seemed to be starting to develop a field flipping rapport with Ben Roethlisberger, Ladarius Green suffered yet another concussion, when he took a shot to the head in the Steelers win against the Bengals at Paul Brown Stadium.

Despite optimism and excitement for what Ladarius Green could add to the Steelers offense in 2017, fact is, after multiple documented concussions so far in his career, his return seems like a 50/50 proposition.

Is Ladarius Green someone the Steelers want to count on over the next three seasons?

Behind Ladarius Green is Jesse James, the third-year man out of Penn State, who actually acquitted himself quite well a season ago, catching 39 passes for 338 yards and three touchdowns.

As for Xavier Grimble, 24, after bouncing around the league for a few years, he finally found a home in Pittsburgh a year ago, making the final roster and catching 11 passes for 118 yards and two touchdowns.

Rounding out the position is David Johnson, the veteran who spent his first five seasons with the Steelers, before spending 2014 and 2015 with San Diego.

During his initial stint in Pittsburgh, Johnson was primarily used as a blocker, and nothing has changed during his second stint, as Johnson caught just seven passes for 80 yards in 2016.

As it pertains to the Steelers current draft needs at the the tight end position, the questions are: should they gamble on Ladarius Green coming back? Should they give the starting keys to James James if Green isn’t able to continue his NFL career?

Provided Martavis Bryant is able to return to football in 2017 after missing all of 2016 due to a drug suspension, the Steelers offense figures to be one of the most productive in the NFL next season–and this is even without Ladarius Green’s services.

But if the Steelers do want to add insurance to the tight end spot just in case Green is unable to fulfill his obligations, they can probably forget about O.J. Howard out of Alabama and David Njoku out of Miami, as both figure to be gone by the 30th pick.