When Jerome Bettis dons the gold lapel and takes his place behind the podium at the Pro Football Hall of Fame, few in Steelers Nation will remember the events of September 19th 1993. But perhaps they should, because the day marks the beginning of the circuitous route that brought The Bus to Pittsburgh.

The concept of a franchise running back is quaint in today’s NFL (although someone like Le’Veon Bell could revive it.) The game is just stilted too much in favor of the pass.

It wasn’t that way the 90’s. Thanks to players like Joe Montana the passing game was well into its accent by that time, but running backs still anchored championship franchises. Ask any Cowboy’s fan which of The Triplets was indispensable and they’ll respond in unison, “Emmitt Smith.” 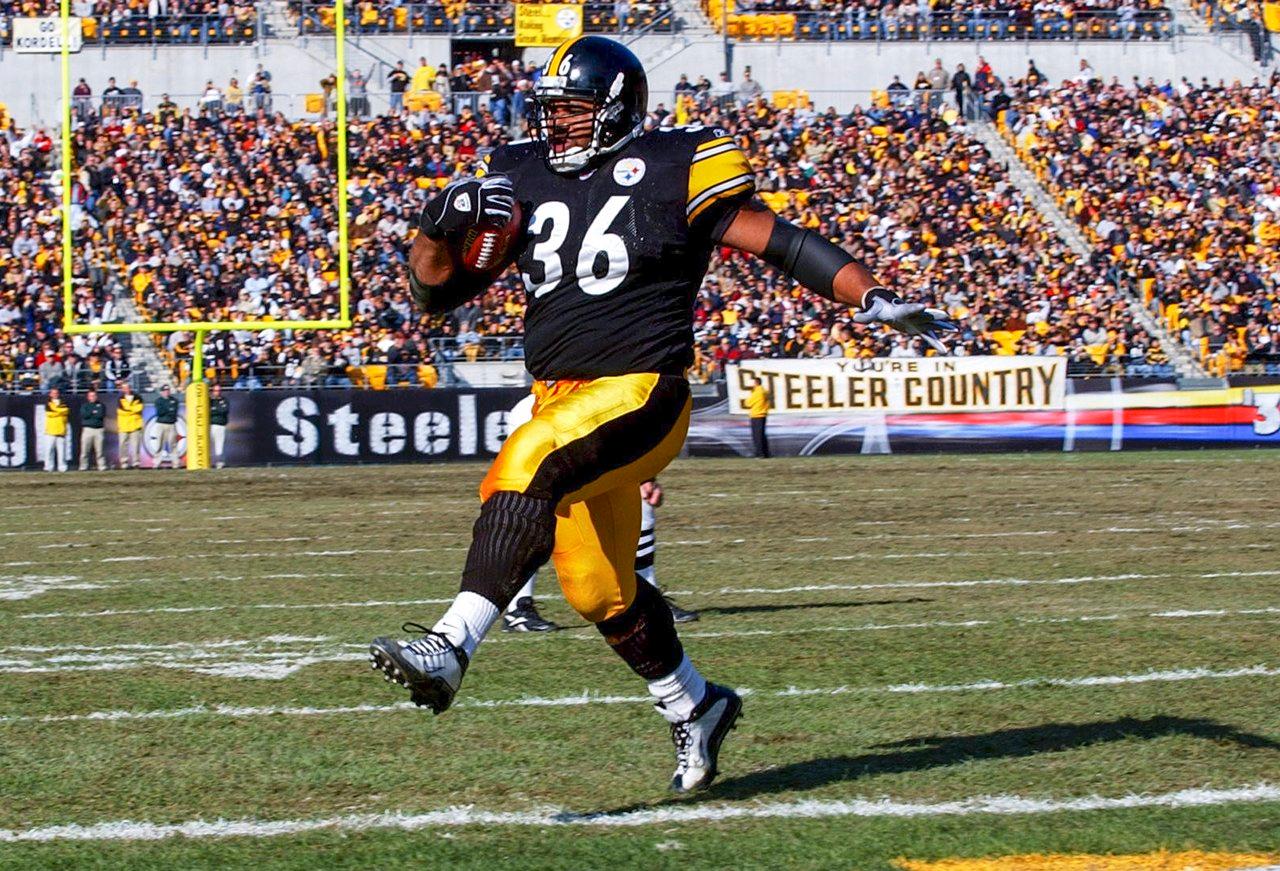 …The week before a rookie from Notre Dame named Jerome Bettis had led the Los Angeles Rams as they trounced the Steelers 27-0, sending them back to Pittsburgh licking their 0-2 record.

Undaunted, during the succeeding week the Steelers gave lucrative contract extension to Barry Foster and on the following Sunday, September 19th, Foster led the Steelers on a 34-7 rampage over the Bengals.

Appearances deceive however. The Steelers were wrong. Foster finished the season in injured reserve, and while he ran well in 1994, Foster’s flakiness, penchant for injuries, and the emergence of Bam Morris gave the Steelers second thoughts. When Foster rebuffed an invitation to a season-end interview by telling Bill Cowher to “Go to hell” that was it.

The Steelers traded Foster to Carolina for a song, Carolina cut Foster in training camp, and later retired after a single practice with the Cincinnati Bengals.

The Steelers planned to solider on with Bam Morris and added Erric Pegram in the off season. Morris however arrived at St. Vincent’s overweight and out of shape. Pittsburgh started him anyway, but the 1995 Steelers didn’t turn their season around until Cowher benched Morris in favor of Pegram.

The Steelers seemed to have a solid backfield in place with Pegram and Morris, but then disaster struck – Morris was stopped by a police office, his car was searched and drugs were found. The Steelers were less than two months from removed from a near Super Bowl upset, and they’d lost their starting quarterback, starting right tackle, starting outside linebacker, and now their feature back….

On the same afternoon, Bettis was held to 33 yards as the Rams dropped a 20 to 10 decision to New York. His rookie NFL season was only three games old, but Bettis had yet to crack the 100 yard mark for Chuck Knox. But ‘Ground Chuck’ was smart enough treat Bettis with patience rather than panic. Bettis got stronger as the season wore on, and finished with 1,429 yards rushing and won Offensive Rookie of the Year honors.

Bettis made the Pro Bowl again in 1994 and broke the 1,000 yard barrier again. But the Rams finished 4-12, and Rich Brooks replaced Chuck Knox has head coach as the franchise moved from LA to St. Louis. Brooks favored the pass, and took Bettis decision to hold out personally. 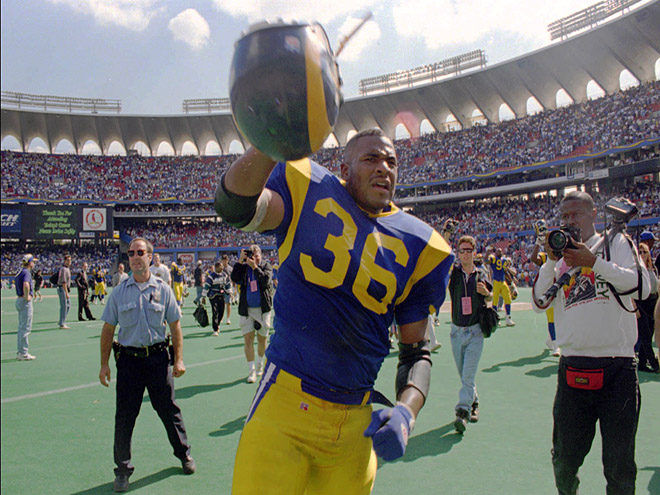 Brooks had it in for him. As Bettis recounted to Jim Thomas of the St. Louis Post-Dispatch, “I’ll never forget, we were playing the Atlanta Falcons (in November). I had a 41-yard run, and after that run, he pulled me. I didn’t play the rest of the game. I’m thinking to myself, ‘What is going on?’ ”

The Rams held the 6th pick in the draft and had their eye on Lawrence Phillips. Philips was already on probation for assaulting his girlfriend, but Rich Brooks was in love. The Ram’s ownership was leery, but deferred to Brooks and general manager Steve Ortmayer. The Rams took Lawrence Philips.

So here were the Rams with two high priced feature backs and only one football to share between them. Rich Brooks thought Bettis could be a back up, or maybe move to fullback. Bettis said “thanks but no thanks.”

With benefit of 20/20 hindsight the Steelers trade for Jerome Bettis during the 1996 Draft now looks inevitable. It wasn’t. Bettis, being the consummate pro he was, never talked to the media about his problems with Rich Books. On the surface Bettis looked like one rookie who stormed into the league and then saw his production drop off year-on-year after that.

Donahoe called Bettis coaches and teammates at Notre Dame. He worked the phones around the rest of the league. The Steelers were picking second to last and had had their eye on Mike Alsott. Instead, they opted to go with a proven commodity in Jerome Bettis.

As Steelers Digest editor Bob Labriola explains, “Nobody from the Steelers was indicted for robbery that day, and the statute of limitations since has expired.”